Trump made GOP senator 'super uncomfortable' after asking him to 'admit you like me' at fundraiser: NYT reporter 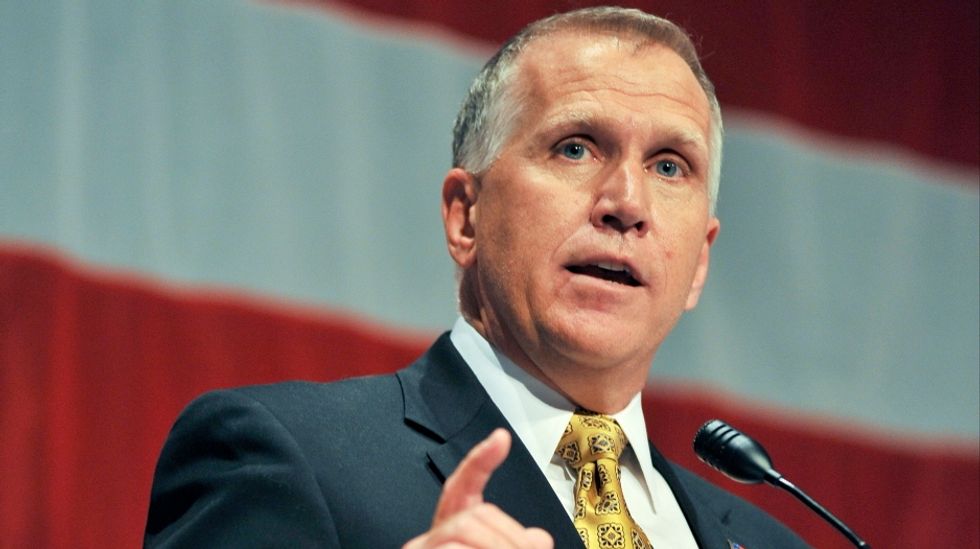 During a fundraising event at Trump International Hotel in Washington D.C. on Thursday, President Donald Trump reportedly put Sen. Thom Tillis (R-NC) on the hot seat for both his federal funding requests for his home state and for his past attitude toward the president himself.

As reported by the Washington Post's Josh Dawsey, Trump told the crowd at the fundraiser that Tillis "didn't like me at first."

The president then told Tillis to stand up and said, "Admit it, you like me now!"

Trump then went on to detail all of the federal cash the senator asks to help out North Carolina.

A source inside the room tells the New York Times' Maggie Haberman that Tillis looked "super uncomfortable" during the exchange, which included Trump telling the crowd that he "didn't realize before how expensive things are in North Carolina."

Other Republican senators who were similarly roasted by the president on Thursday included Sens. Joni Ernst (R-IA) and Mitch McConnell. Trump also reportedly trashed Sen. Lisa Murkowski for not showing up and claimed that "she hates me."