Trump's GOP defenders will abandon him if he continues to make them look like 'idiots' with his lies: columnist 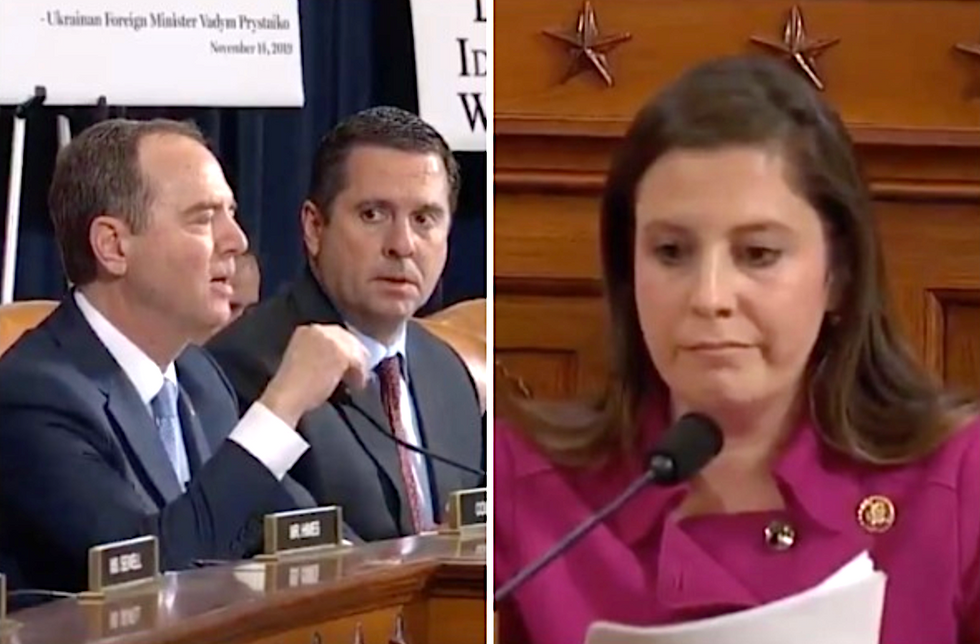 According to Bloomberg columnist Jonathan Bernstein, Donald Trump did not do any of his most avid defenders sitting on the House Intelligence Committee's impeachment hearing panel any favors on Friday when he attacked former Ambassador to Ukraine Marie Yovanovitch on Twitter.

Noting the presidential tweets, which sought to undermine her credibility as she spoke, Bernstein suggested that Trump had once again undermined "those who try to defend him."

The columnist pointed out that Trump made multiple possible fatal missteps on Friday, releasing a written summary on Friday of his first phone call with Ukrainian President Volodymyr Zelenskiy that muddied the waters even more and then tweeting out his lie-filled attack on Yovanovitch.

"As Yovanovitch began to testify, and just about at the point where she said that she felt personally threatened by Trump’s comments about her in the July 25 call, Trump then tweeted a personal attack on her. As the committee chair, California Democrat Adam Schiff, pointed out, this confirmed that Trump was engaging in a pattern of witness intimidation, a crime," he wrote. "Perhaps just as bad for Republicans trying to defend Trump, however, this kind of petty and nasty attack put them in a position of defending the indefensible. As if to make that point, Republican Representative Elise Stefanik of New York told reporters during a break that she disagreed with Trump’s tweet. In other words, Trump managed to provide evidence for the point Democrats were making, and did so in a way that Republicans couldn’t stomach."

Bernstein notes, "Providing supporters with safe ground is important to Trump’s future. Most politicians are willing to go pretty far out on rhetorical limbs to advance what they see as their political interest. What they don’t like is to be exposed as fools soon after doing so."

He went to point out, "The real importance of the “smoking gun” tape that ended Richard Nixon’s presidency was that it discredited his supporters for repeating what turned out to be lies, and convinced them that Nixon would go on doing that to them as long as they were willing to stick with him. They might have been willing to let him shred the Constitution, but they weren't willing to look like idiots."

"Trump is repeatedly giving Republicans that same choice. So far, they've been willing to go along. But each time he pushes them, it makes it a little more likely they’ll eventually make the same choice that Republicans made in August 1974," he warned.