Trump's weak and lazy leadership is sending his agenda spiraling down the drain: reports 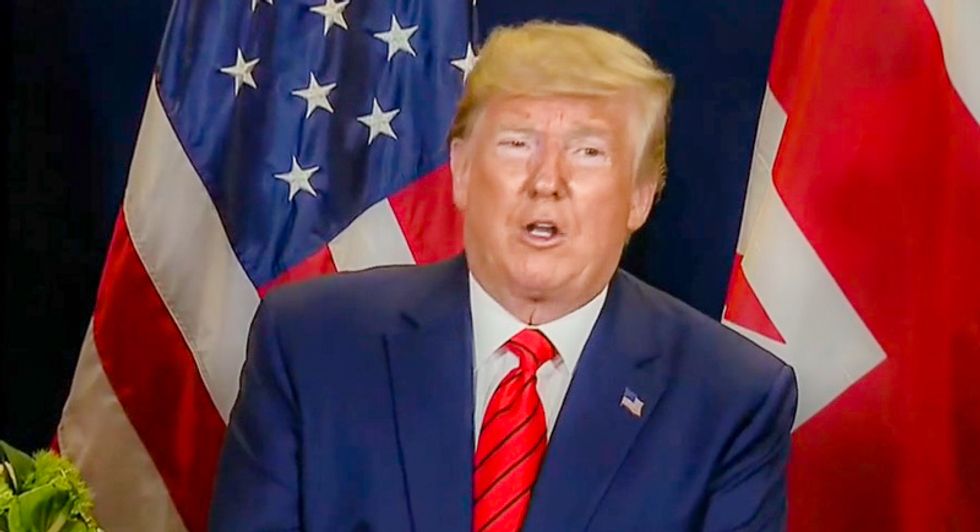 A pair of stories in the Washington Post and Politico show how his weakened leadership has undermined two of his signature accomplishments -- criminal justice reform and immigration policy.

Trump was talked into backing the First Step Act, which shortened many prison sentences and expanded job-training programs for inmates, by celebrities such as Kim Kardashian and Kanye West, and the bill passed last year.

But the Justice Department has been working to keep in prison many of the nonviolent drug offenders the law was intended to help, despite the sweeping reforms pushed by the president and approved by Congress.

Federal prosecutors have argued that hundreds of inmates who applied for relief under the new law are ineligible, and prosecutors are trying to send back to prison at least a half dozen inmates released under the First Step Act.

Trump isn't having much luck with his signature campaign promise to limit immigration, either.

The Department of Homeland Security has burned through four secretaries in three years, and disgruntled aides are feuding over who the next leader should be.

“The reason there is such disarray at the leadership level of DHS is because there is disarray and disunity within the White House on the immigration issue generally,” said Jessica Vaughan, director of policy studies at the anti-immigration Center for Immigration Studies.

Six other top department officials have left the administration since April out of concern from Trump allies that they hadn't been tough enough against immigration, and many of the senior leadership positions at DHS remain vacant or filled by acting officials.

“There's just a lot of resignation that we can't spend anymore time worrying about it,” said a former DHS official who served in a Republican administration. “Everybody's just worn out because it's been 2½ years of white-hot focus.”

Trump's weak leadership and his unwillingness to work are largely to blame for these failures, according to Bloomberg's Jonathan Bernstein.

The president doesn't choose executive branch leaders or staffers because they share his views on policy, but instead picks people who flatter him or look strong defending him on TV.

"Normal presidents go through the day with back-to-back meetings while also making time for extensive briefings on what’s happening in the world, in the nation, and within the administration," he wrote. "Trump … doesn’t."