Ukraine had agreed to announce a Biden investigation -- blowing a massive hole in Trump's defense: report 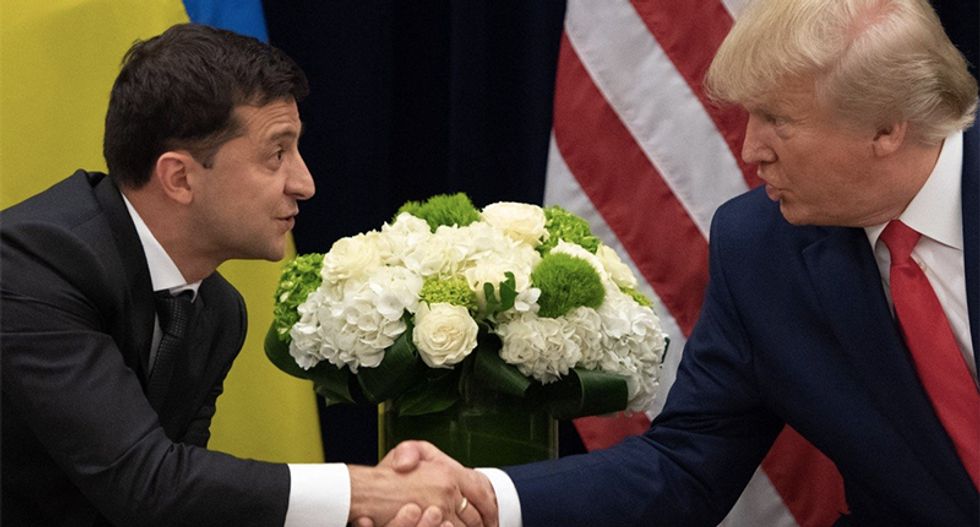 The New York Times is reporting that Ukraine ultimately agreed to President Donald Trump's demand to investigate former Vice President Joe Biden and his family, but those inside Ukraine didn't have any follow-through.

In early September, Ukrainian President Volodymyr Zelensky was faced with Trump's demand to investigate the Bidens in exchange for the sale of 150 Javelin missiles and 10 launchers to fight back against Russian invaders. According to The Times report, Zelensky agreed to it but it never happened.

“That is what the president really wanted,” CNN's Wolf Blitzer explained reading the transcript of Taylor's deposition. “A public statement that he was going to investigate this firm Burisma and the Bidens, the 2016 election, and Ukrainian involvement, allegations that Ukraine, as opposed to Russia, was interfering in the American election and they wanted a public statement from President Zelinsky.”

“And it leads to questions," CNN’s Abby Phillips replied to Blitzer. "The most obvious explanation could be this is exactly the kind of thing that can become part of a political campaign. It can be used against Vice President Joe Biden. And based on Rudy Giuliani’s own public statements in the months leading up to all of this, Giuliani made it very clear that he believed that this issue of Burisma and Joe Biden should be a part of the 2020 campaign. It should be counted against the former vice president. So we have to measure up what we’re learning from the hearings, from Bill Taylor and also what Giuliani actually said out loud publicly to everyone who would potentially hear it about what he was trying to do politically for the president.”