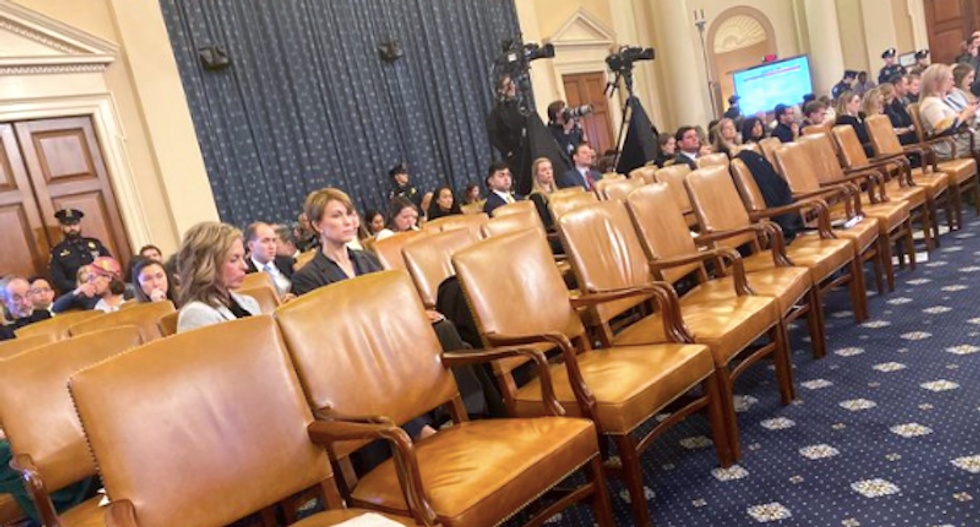 Reporters covering the House impeachment inquiry were mystified after most of the Republican lawmakers left the room during EU ambassador Gordon Sondland's testimony.

Sondland directly implicated President Donald Trump, as well as Vice President Mike Pence and Secretary of State Mike Pompeo, in the scheme to withhold military aid from Ukraine until its president agreed to announce an investigation of Joe Biden.

Almost all of the GOP minority on the House Intelligence Committee left the hearing room as each party's counsel questioned Sondland in 45-minute sessions.

"Unusual that most Rs left room during this round of Dem questions," tweeted John Parkison, of ABC News. "Only Jordan, Ratcliffe with GOP counsel Steve Castor - and now Nunes returns to dais. No lawmakers seated in viewing area either."

The Republican minority appeared to be caught off guard by Sondland's decision to turn on senior administration officials.

Republicans appear to have left the room to figure out what the hell they’re supposed to do next, since we’re in an… https://t.co/jUFQItNZKH
— Andrew Feinberg (@Andrew Feinberg)1574270870.0

Castor and Jordan have spent a lot of this hearing with their heads down; it looks like Castor is marking something… https://t.co/cZe5bUi4vX
— Tierney Sneed (@Tierney Sneed)1574270632.0