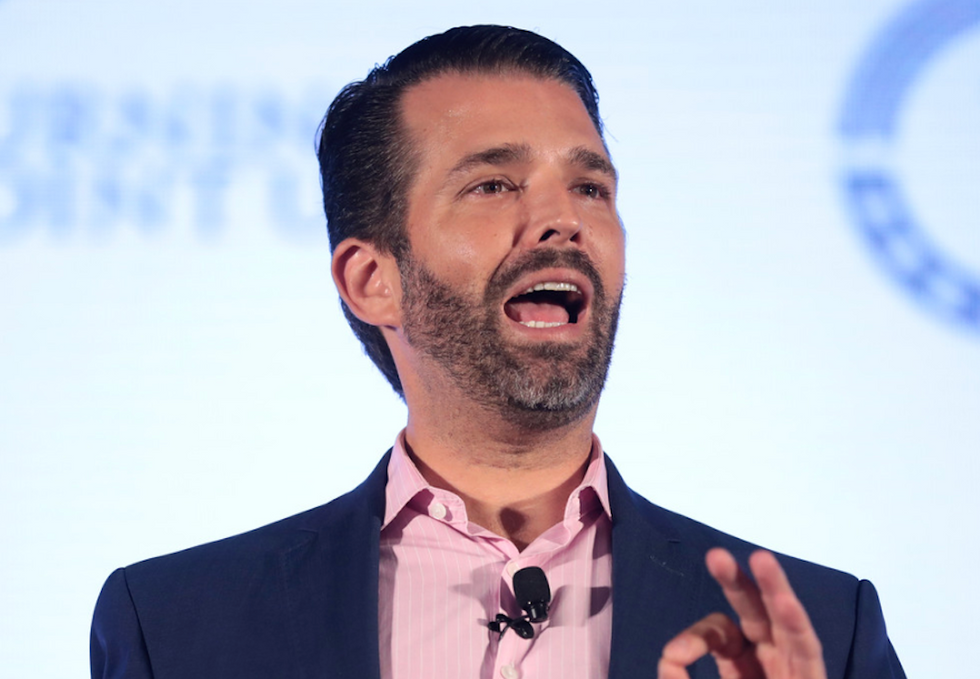 Donald Trump Jr's new book, Triggered: How the Left Thrives on Hate and Wants to Silence Us, is getting backlash from some veterans thanks to a section where he seemingly compared his family's experience to veterans who've given their lives for this country.

In the book, Trump Jr describes how he drove past Arlington National Cemetery the day before his father's inauguration. Upon seeing the grave markers, he wrote that the "gravity of the moment" gave him "a deep sense of the importance of the presidency and a love of our country."

Then, he pivoted to the blowback his family has received over his father's political views.

"In that moment, I also thought of all the attacks we'd already suffered as a family, and about all the sacrifices we'd have to make to help my father succeed—voluntarily giving up a huge chunk of our business and all international deals to avoid the appearance that we were 'profiting off of the office,'" he wrote, later adding, "it was a big sacrifice, costing us millions and millions of dollars annually. Of course, we didn't get any credit whatsoever from the mainstream media, which now does not surprise me at all."

"Eight men I served with are buried in Section 60 of Arlington," Gallego wrote. "I visit them monthly. Even if Donald JR. lived a 1,000 years he will never even get close to being as good and honorable as they were. Sacrifice is only a word to the Trumps."

In the comment thread beneath his Tweet, Gallego had a lot of people agreeing with his sentiment:

@RubenGallego Thank you for your service and your integrity. We are living in a nightmare that keeps getting worse.… https://t.co/JAYsToHvwI
— Jeff P. (@Jeff P.)1573165747.0

@RubenGallego Thank you and the men who gave their lives for America. 45 and his spawn will never know what sacrifi… https://t.co/xNwZXVWxhr
— Pamela Rickard (@Pamela Rickard)1573174114.0