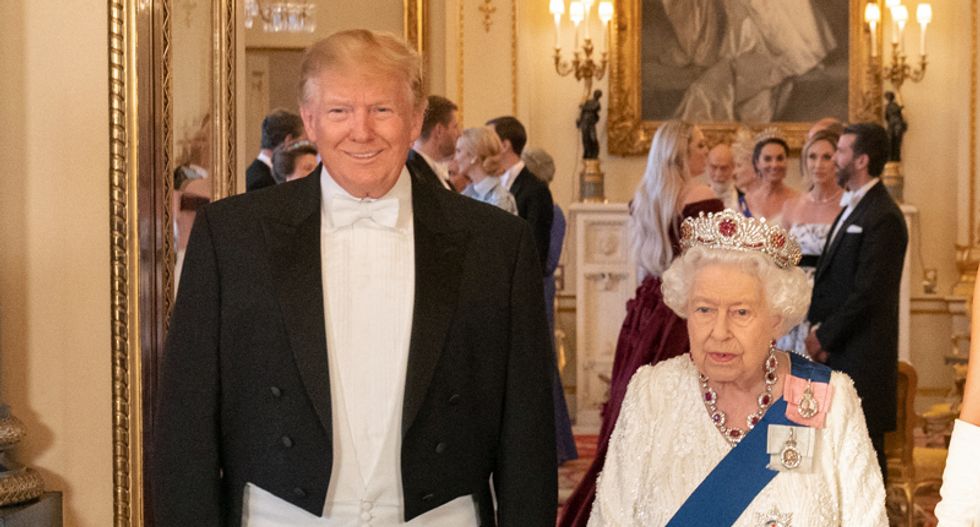 President Donald Trump will hold a big-money fundraiser for his re-election campaign while on an official visit to the United Kingdom, Axios reported Tuesday.

"When President Trump visits London next week for the NATO summit, he'll also use his brief time on the ground there to raise big bucks for his 2020 campaign, according to an invitation reviewed by Axios and conversations with people familiar with the event," Axios reported.

"The Dec. 3 fundraiser, which hasn't previously been reported, will be hosted by Republican National Committee chairwoman Ronna McDaniel, co-chairman Tommy Hicks Jr., national finance chairman Todd Ricketts, and Trump's campaign manager Brad Parscale, according to the invitation," Axios reported. "The Trump team expects to raise $3 million from the event, according to a source familiar with the planning."