'Yes or no?': Kellyanne Conway goes off on frantic tirade about impeachment while ducking quid pro quo grilling 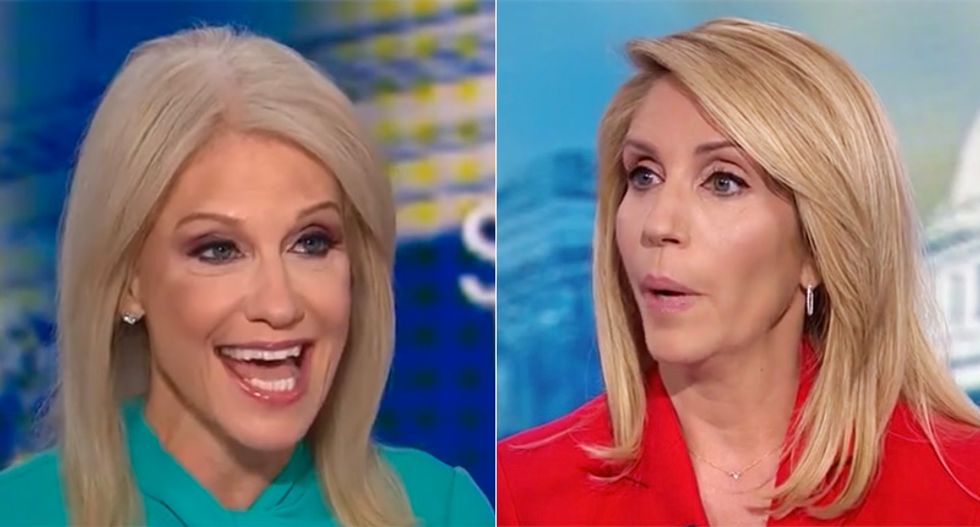 As has become her custom, White House adviser Kellyanne Conway was evasive, dissembling and manic on CNN's "State of the Union" on Sunday morning, refusing to answer just about any question put to her by fill-in host Dana Bash.

Things got off to a rough start when Bash bluntly asked Conway if there was a quid pro quo offer from Donald Trump to the Ukraine president that would free military aid for dirt for on former Joe Biden and his son Hunter.

"Let's just start with the basics," the CNN host began. "The president of the United States asked a foreign power to investigate a political rival. We read it in the summary of the July 25th call. We also saw him dom it in public -- is that appropriate?"

Holding up the edited transcript of the call, Conway demanded the CNN host show her "where that is."

"This entire phone call is about two presidents of their respective countries talking about how they got elected," Conway offered.

"I'm not asking about that right now, I going to ask about the quid pro quo --" Bash said before Conway began what was a series of interruptions every time Bash attempted to get a word in edgewise.

The interview, which lasted almost 20 minutes culminated when the clearly exasperated Bash demanded Conway answer "Yes or no?" to whether the president offered aid for dirt, with Conway first saying " I don't know," before going on tirade over the Democrats holding impeachment hearings on the president.

You can watch the fireworks below: