Adam Schiff reveals the three Trump Cabinet members who remain under investigation: ‘There’s a lot we still have to learn’ 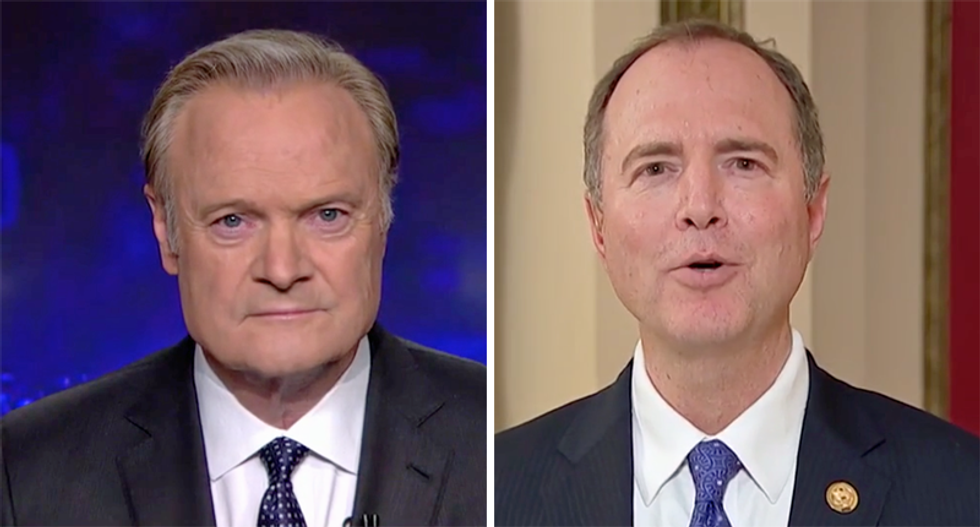 The chairman of the House Permanent Select Committee on Intelligence revealed three Cabinet-level officials in the Trump administration who are still being investigated in after the impeachment inquiry report was transmitted to the House Judiciary Committee.

Rep. Adam Schiff (R-CA) was interviewed by MSNBC's Lawrence O'Donnell on "The Last Word" on Tuesday.

"What can you tell us about the possible continued elements of your investigation that might be continuing beyond this point?" O'Donnell asked.

"Well, there's a lot that we still have to learn about the conduct of others," Schiff replied. "We know, I think, very well what the president did that he withheld this military assistance, that he withheld this meeting in the White House, to coerce Ukraine into doing investigations to help his re-election campaign."

The former federal prosecutor identified three such individuals: Vice President Mike Pence, Secretary of State Mike Pompeo, and Mick Mulvaney, the director of the Office of Management and Budget who is also serving as acting White House chief of staff.

"But how much involvement did the Secretary of State have in this?" Schiff wondered. "We know he was in the loop from the documentary evidence and testimony of Ambassador [Gordon] Sondland. We know the vice president was aware of the conditionality of the military aid on these political investigations. We certainly know Mick Mulvaney was deeply involved in this."

"There's more to learn about their role," he said. "There's also more to learn about when this whole scheme began, because there are indications it started far earlier than we expected, that indeed some elements of this go back to when the prior president of Ukraine, [Petro] Poroshenko was in office, efforts to get that president and his attorney general, [Yuriy] Lutsenko, to engage in his sham investigations to help Donald Trump."

"One thing we know already -- without a doubt -- and that is this president will do it again. Indeed, he's never stopped inviting foreign interference in our election, and for that reason we really cannot delay," Schiff explained.