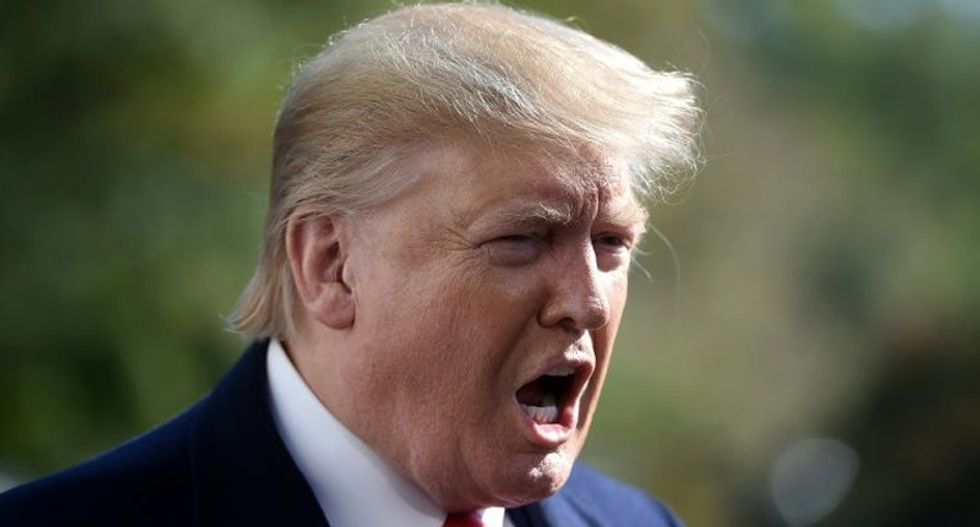 On Wednesday, President Donald Trump abruptly exited the NATO summit after canceling his meeting with Canadian Prime Minister Justin Trudeau and blasting him as "two-faced," in front of German Chancellor Angela Merkel, following the release of a video showing world leaders mocking the president.

In short order, commenters on social media laid into Trump for his cowardly decision to insult a major ally and run from the world stage:

@CillizzaCNN As with Macron, world leaders are running out of f***s to give with Trump and his behaviour. He derai… https://t.co/Ab1qekHA4B
— Robert MacLellan🇨🇦 (@Robert MacLellan🇨🇦) 1575466067.0

What @realDonaldTrump should understand about Trudeau being “two-faced” is that almost everyone around Trump—even m… https://t.co/5N7nThpTt6
— Evan McMullin 🇺🇸 (@Evan McMullin 🇺🇸) 1575468130.0