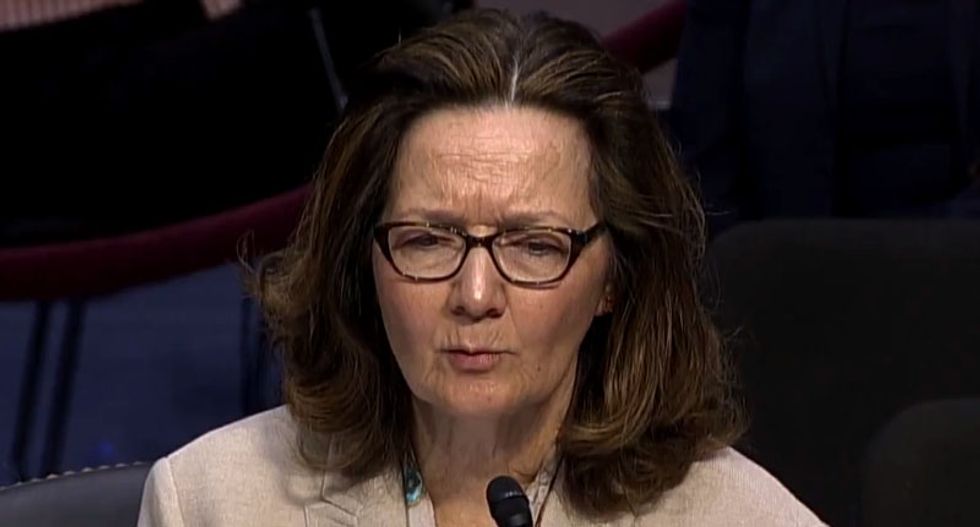 An investigation ordered by President Donald Trump into the origins of the Russia probe has put CIA director Gina Haspel in an uncomfortable position.

John Durham, the prosecutor appointed by Attorney General Bill Barr to investigate the probe, has been focusing much of his attention on the CIA, which Trump's allies have blamed for the start of a counterintelligence investigation into the 2016 campaign, reported Politico.

Trump allies are pushing an uncorroborated theory that Russia-linked professor Joseph Mifsud was actually an intelligence asset sent to discredit the Trump campaign, and have pinned the blame on former CIA director John Brennan.

Haspel served as the CIA's station chief in London when the U.S. Embassy there was alerted in summer 2016 to Mifsud's contact with Trump campaign adviser George Papadopoulos, and she was briefed on the matter.

An inspector general report released earlier this month found that an embassy official briefed an FBI official and an official whose title is redacted, but a source told Politico that second individual was Haspel.

A former intelligence official said it's unlikely Haspel would have been told much about the FBI's counterintelligence operation, which was closely held inside the bureau and Justice Department, but Trump allies have always been suspicious of her.

Trump frequently attacks the CIA but has never openly criticized Haspel, but that could change as Durham presses forward with the attorney general's effort to prove the intelligence community wrong in their assessment that Russia and its president Vladimir Putin interfered with the 2016 election to benefit Trump.

It's not clear whether Durham has spoken with intelligence community inspector general Michael Atkinson, who normally would investigate alleged misconduct and recommend criminal charges if warranted.

“It appears that the cart has been put before the horse," said former FBI assistant director Greg Brower. The difference: Durham works for the attorney general, while the IC IG, like any IG, operates independently from executive branch direction.”