‘Don't mess with me’: Pelosi’s presser ends with a bang as she blasts reporter for asking if she ‘hates’ Trump 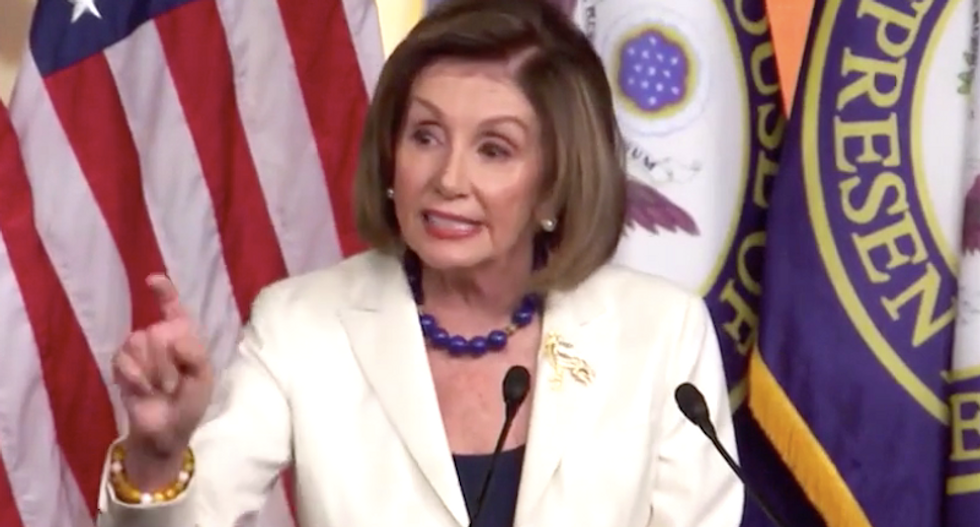 The California Democrat announced Thursday morning that she had asked Judiciary Committee chairman Jerry Nadler to draft articles of impeachment, and she then announced that the committee would hear evidence in the case in a hearing Monday.

"Ukraine was the vehicle of the president's actions (but) this isn't about Ukraine," Pelosi said. "This is about Russians. Who benefited? Who benefited from that holding that military assistance?"

"All roads lead to Putin," she added. "Understand that."

Sinclair Broadcasting reporter James Rosen asked Pelosi if she hated Trump as she walked away from the podium, and she returned to the stage and scolded the conservative reporter.

"I pray for the president all the time," she added, "so don't mess with me when it comes to words like that."