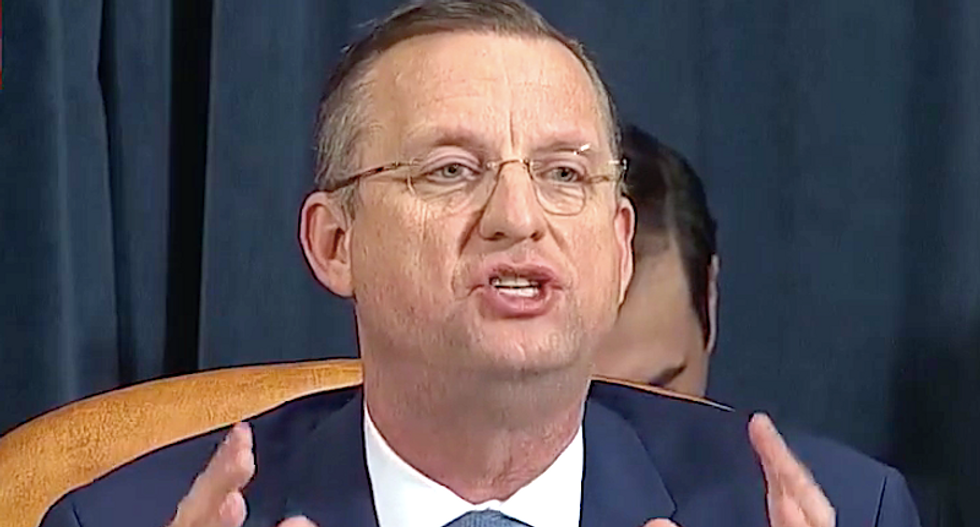 Appearing on MSNBC on Friday afternoon, after the House Judiciary Committee sent articles of impeachment to the full House for a vote next week, a former aide to Sen. Ted Cruz (R-TX) ridiculed Rep. Doug Collins (R-GA) for his petulance during the committee hearings.

Speaking with host Andrea Mitchell, GOP strategist Rick Tyler smirked after watching a clip of the exasperated GOP lawmaker having a meltdown after committee Chair Jerry Nadler (D-NY) shut down Thursday's hearing after 14-hours and moved the official vote to Friday morning.

"I wanted to show some of the anger by Doug Collins after they had delayed the votes on articles of impeachment for 14 hours, throwing everything they could to gum up the works," host Mitchell said before she rolled the clips. " They were furious with what they viewed as a sneak attack, with no warning Jerry Nadler said we're not going to vote this at midnight so you can say we had a midnight secret vote."

A laughing Center for American Progress President Neera Tanden added, "Can I just say, having people work on a Friday? I think most Americans think that's your job, is to actually have a full workweek."

That set up Tyler to mock Collins' over-the-top reaction to having a 14-hour hearing ended.

"I remember with Republicans, one of the major talking points about Democrats was how whiney they are, right?" he began with a sly smile. "And that is about the whiniest of members that I've ever seen."

"And, you know, Nadler didn't want to give them a vote at midnight and so he didn't," he said before needling the minority House GOP members with, "It's one of the privileges of being in the majority."