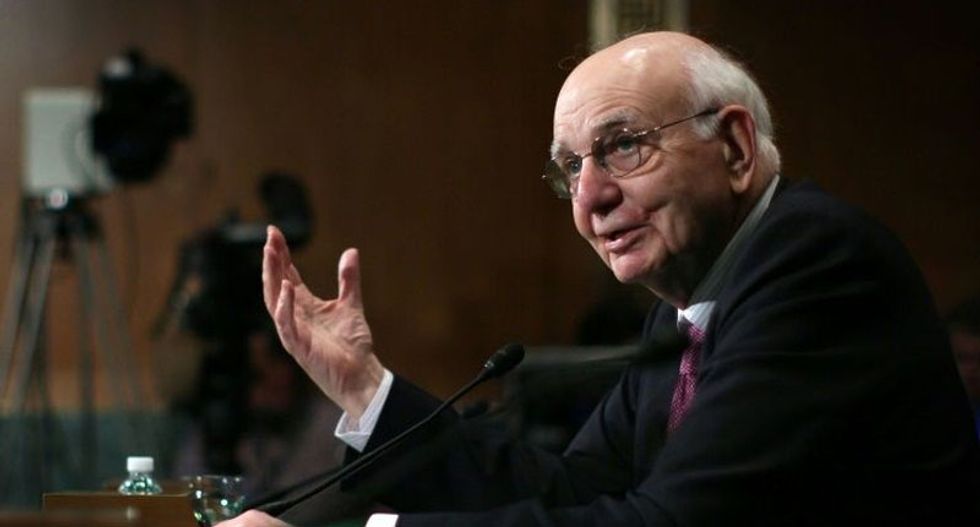 Paul Volcker, who was 92 when he died in New York City on Sunday, December 8, was an economic policy adviser under both Democratic and Republican presidents. The New Jersey native served as chairman of the Federal Reserve under President Jimmy Carter from 1979-1981 and President Ronald Reagan from 1981-1987 and headed the Economic Recovery Advisory Board under President Barack Obama from 2009-2011. But one U.S. president Volcker was not fond of was Donald Trump, and CNBC’s Jeff Cox reports that three months before he died, Volcker wrote a “scathing critique” of Trumpism.

“Keeping At It: The Quest for Sound Money and Good Government,” Cox notes, comes at the end of a paperback release of Volcker’s autography — and in that afterword, the one-time Fed chair expresses very negative views on Trump’s policies. Volcker writes, “Nihilistic forces are dismantling policies to protect our air, water and climate. And they seek to discredit the pillars of our democracy: voting rights and fair elections, the rule of law, the free press, the separation of powers, the belief in science, and the concept of truth itself.”

Volcker was also quite critical of Trump’s attacks on the Federal Reserve.

Trump hasn’t hesitated to rail against Fed Chairman Jerome Powell, denouncing him as “clueless” and arguing that Powell should be much more aggressive about cutting interest rates. Although Powell has lowered interest rates more than once in 2019 — making federally insured financial products like certificates of deposit less profitable for savers — Trump has insisted that he hasn’t lowered them enough.

Volcker, in September, wrote, “Not since just after the Second World War have we seen a president so openly seek to dictate policy to the Fed. That is a matter of great concern, given that the central bank is one of our key governmental institutions, carefully designed to be free of purely partisan attacks.”

According to Volcker, Trump has done a lot to undermine confidence in the United States around the world.

“Seventy-five years ago, Americans rose to the challenge of vanquishing tyranny overseas,” Volcker wrote. “We joined with our allies, keenly recognizing the need to defend and sustain our hard-won democratic freedoms. Today’s generation faces a different but equally existential test. How we respond will determine the future of our own democracy and, ultimately, of the planet itself.”