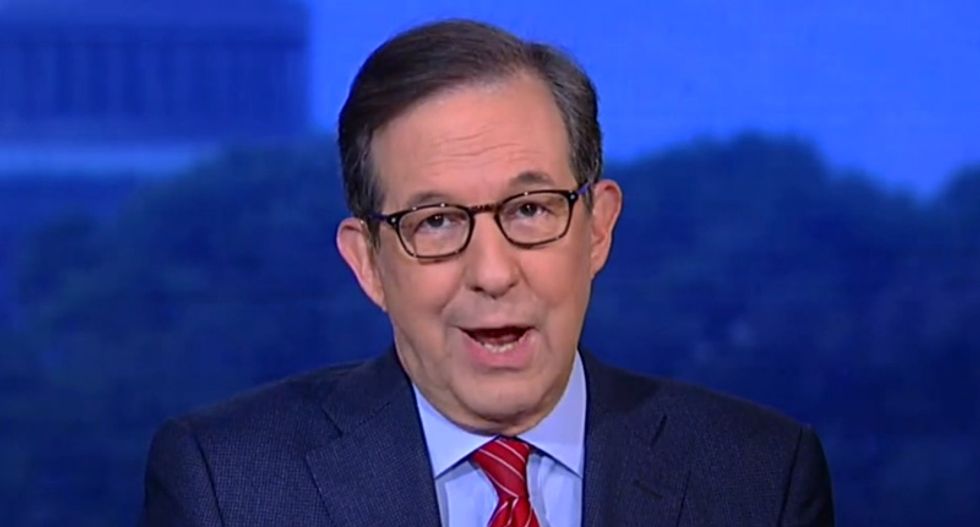 Even though Fox News hosts like Sean Hannity, Laura Ingraham, Tucker Carlson and Jeanine Pirro aggressively support President Donald Trump more often than not, he often takes to Twitter to complain when the right-wing cable news channel gives him a hard time. His main targets at Fox News include Judge Andrew Napolitano and Chris Wallace, both of whom have been highly critical of Trump at times. And when Wallace spoke at the Newseum in Washington, D.C. on Wednesday night, he didn’t hesitate to call out Trump’s bitterly anti-media rhetoric.

“I believe that President Trump is engaged in the most direct sustained assault on freedom of the press in our history,” the 72-year-old Wallace told the crowd.

That comment, according to the Guardian’s David Smith, drew applause. But Wallace had a lot more to say about Trump, who routinely accuses the mainstream media of promoting “fake news” and being an “enemy of the American people.”

Trump, according to Wallace, “has done everything he can to undercut the media, to try and delegitimize us — and I think his purpose is clear: to raise doubts when we report critically about him and his administration that we can be trusted. Back in 2017, he tweeted something that said far more about him than it did about us: ‘The fake news media is not my enemy. It is the enemy of the American people.’”

Wallace, who is the son of the late broadcaster Mike Wallace, also expressed concerns that Trump’s anti-media rants are having some effect.

“Let’s be honest, the president’s attacks have done some damage,” Wallace warned. “A Freedom Forum Institute poll, associated here with the Newseum, this year found that 29% of Americans, almost a third of all of us, think the First Amendment goes too far. And 77%, three quarters, say that fake news is a serious threat to our democracy.”

But as critical of Trump as Wallace was during his speech, he also warned against journalists going overboard in their criticism of the president.

“I think many of our colleagues see the president’s attacks, his constant bashing of the media, as a rationale, as an excuse to cross the line themselves, to push back — and that is a big mistake,” Wallace cautioned. “I see it all the time on the front page of major newspapers and the lead of the evening news: fact mixed with opinion, buzzwords like ‘bombshell’ and ‘scandal’ —  the animus of the reporter and the editor as plain to see as the headline.”