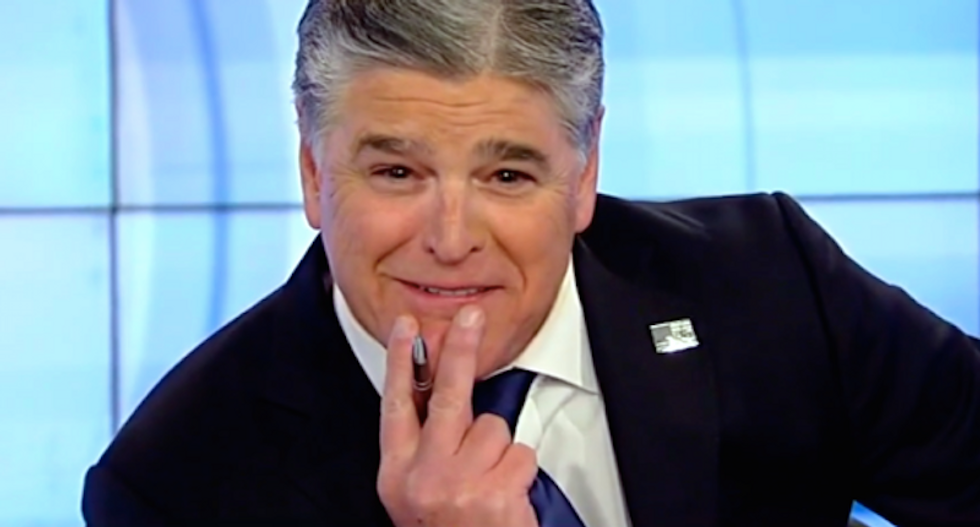 Fox News has been detrimental to democracy all along, but one journalist and historian believes it's gone fully off the rails this year and become a threat to national security.

Talk show host Stephen Colbert has been mocking the conservative network's commitment to "truthiness" for nearly 15 years, but 2019 has seen Fox News push out Russian disinformation campaigns and attack democracy itself to defend President Donald Trump from impeachment, reported Garrett Graff for Wired.

"Fox’s bubble reality creates a situation where it’s impossible to have the conversations and debate necessary to function as a democracy," Graff wrote. "Facts that are inconvenient to President Trump simply disappear down Fox News’ 'memory hole,' as thoroughly as George Orwell could have imagined in 1984."

Orwell warned that some future dystopian regime would tell its followers to reject the evidence of their own eyes and ears, and follow their leader's command, but Graff said Fox News had built something even more dangerous.

"Fox News’ own masters of Orwellian doublespeak, its Hannitys, Carlsons, and Doocys, the ones who smugly declare down up and up down," he wrote, "aren’t even bothering to tell their viewers to ignore their eyes and ears, because the truth never even approaches their airtime."

Chris Wallace and Bret Baier are the network's only two serious journalists remaining at the network, after Shep Smith walked out of the building this fall in protest of his longtime employer's drift away from news and into full-blown pro-Trump propaganda, leaving viewers to stew in hour after hour of fact-free agitation.

"Fox News’ incendiary, fanatical rants serve to delegitimize to its viewers the very idea of a political opposition," Graff wrote. "Every Democrat is evil. Every person who disagrees with President Trump is an enemy of the state. Every career federal employee is a member of a deep state opposition."

Fox News broadcasters misrepresented the findings of the Justice Department's inspector general, echoing false claims by Attorney General William Barr, and told viewers that clear evidence of Trump efforts against Ukraine were simply lies made up by his partisan opponents.

"This week has made clear that, as we get deeper into the impeachment process and as the 2020 election approaches," Graff warned, "Fox News is prepared to destroy America’s democratic traditions if it will help its most important and most dedicated daily viewer."