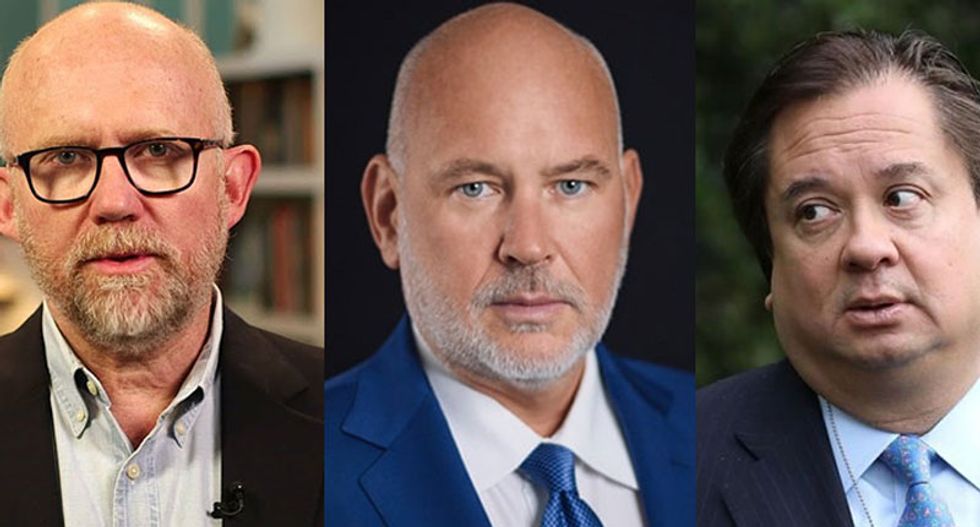 George Conway, Steve Schmidt, John Weaver and Rick Wilson published an op-ed for the New York Times rebuking Trump as unfit to serve, and they shamed the Republican Party for replacing conservatism "with an empty faith led by a bogus prophet."

"This president’s actions are possible only with the craven acquiescence of congressional Republicans," the four men wrote. "They have done no less than abdicate their Article I responsibilities."

"Indeed, national Republicans have done far worse than simply march along to Mr. Trump’s beat," they wrote. "Their defense of him is imbued with an ugliness, a meanness and a willingness to attack and slander those who have shed blood for our country, who have dedicated their lives and careers to its defense and its security, and whose job is to preserve the nation’s status as a beacon of hope."

"Over these next 11 months, our efforts will be dedicated to defeating President Trump and Trumpism at the ballot box and to elect those patriots who will hold the line," the men added. "We do not undertake this task lightly, nor from ideological preference. We have been, and remain, broadly conservative (or classically liberal) in our politics and outlooks. Our many policy differences with national Democrats remain, but our shared fidelity to the Constitution dictates a common effort."