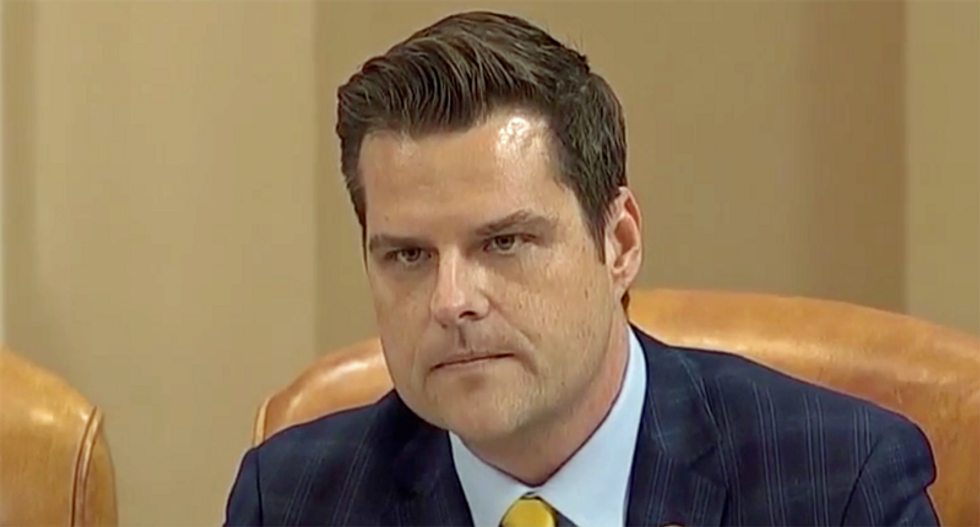 Prominent Republican attorney George Conway was so unimpressed with by the performance of Republicans on the House Judiciary Committee during Wednesday's impeachment hearing that he worried about the intelligence quotient of the GOP caucus.

Conway, the husband of White House counsel Kellyanne Conway, voiced his worries about the mental fitness of Republicans after Rep. Matt Gaetz (R-FL) said that it would be possible to impeach a former president.

"I’m really starting to think that the House GOP caucus has some kind of an IQ cap the way some sports leagues have salary caps," Conway tweeted.

"By no means am I saying they’re all stupid, but some of these guys are so dumb it’s as though they are trying to stay under some aggregate intelligence limit," he added.