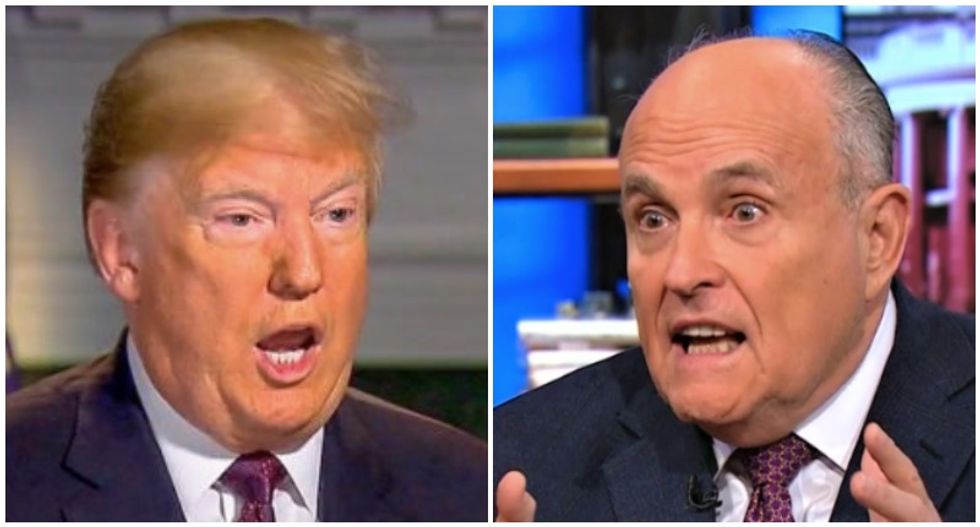 "The only path to legitimacy is if there was a true corruption threat in Ukraine, and specifically if Hunter Biden and Burisma posed a true corruption threat," said Cevallos. "That is why Rudy Giuliani is in Ukraine. He's building that case. So that he can show, bring a news network there, right-leaning news network to do a documentary or investigate this issue and yield factual information that Rudy Giuliani can point to and say, this corruption, this evidence, these facts show that President trump was warranted in requesting an investigation, not generally into corruption, specifically into Hunter Biden. It's the only path that will work for Republicans that passes even remotely any kind of smell test. Even then, it's a bit of a stretch."

"They're, as you mentioned, doing this documentary," said anchor Kendis Gibson. "They're conducting a number of different interviews with what they say are Ukrainian witnesses. From a legal standpoint, could any of those interviews, perhaps, be a conflict of interest with Giuliani?"

"That's the problem. Rudy Giuliani is a walking conflict of interests because he's wearing so many hats," said Cevallos. "Is he a lawyer for President Trump? Is he a lawyer for his indicted colleagues Lev Parnas and Igor Fruman? Is he an unofficial private member of the State Department? And now it appears he's got a new hat — that of documentarian. So it's hard to say Rudy Giuliani can say he's representing a client when doing other things that aren't normally legal services and advice, traditionally what we lawyers do for our clients."