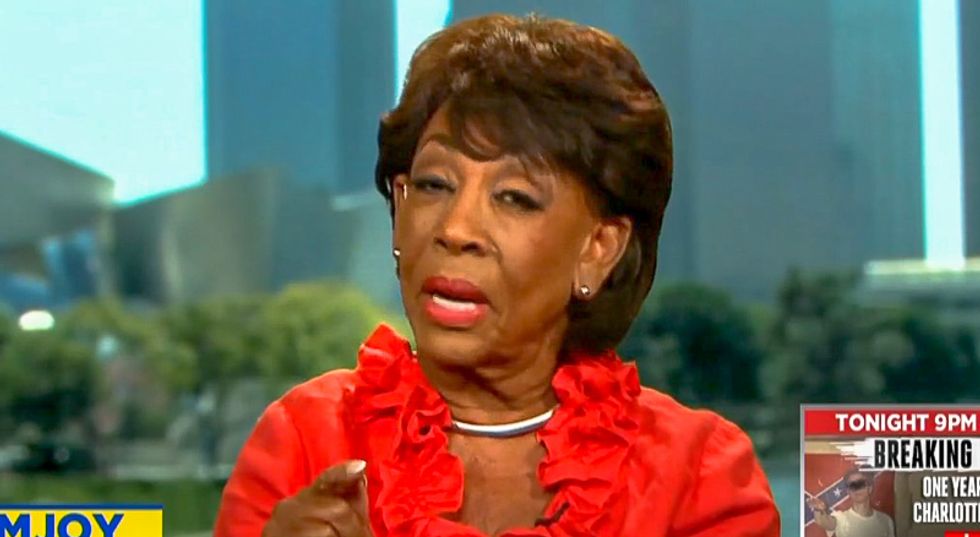 A prominent Republican voice and Republican challenger to Rep. Maxine Waters' (D-CA) was arrested over the weekend, according to The Daily Beast.

Saturday night, businessman Omar Navarro was arrested after he was seen near his ex-girlfriend DeAnna Lorraine Tesoriero’s apartment. Tesoriero is running a campaign against House Speaker Nancy Pelosi (D-CA).

She told The Beast that she saw Navarro outside her home before getting a text message from an unknown number saying, "Bitch, I came to see you." He allegedly offered her money to marry him and threatened to give her relatives' address to the anti-fascist group known as "Antifa." He also threatened her pets.

“He would have stolen my cats,” Tesoriero said.

She called the police, and he was arrested on three felony charges, including felony stalking, criminal threats and attempted extortion. He also faces violating a five-year restraining order Tesoriero got this year.

“Clearly, he has a lot of screws loose,” Tesoriero said of Navarro. “I think a lot of this power has gotten into his head. He has a lot of money now from campaign donations.”

Navarro has managed to make more than $1 million in campaign dollars from supporters of President Donald Trump by opposing Waters. As a result, Navarro has parlayed that into failed campaign attempts in 2016 and 2018, where Waters won by more than 50 percent. Despite the losses, Navarro announced he'll run again in 2020.

He has denied any wrongdoing and blamed it on the way men are treated "unjustly" in "this country."

“Just because a woman says something doesn’t mean it’s true," he said.

Read the full report by The Daily Beast.