GOP pounded by outgoing lawmaker Denny Heck in blunt-talking CNN interview: 'Are there no limits?' 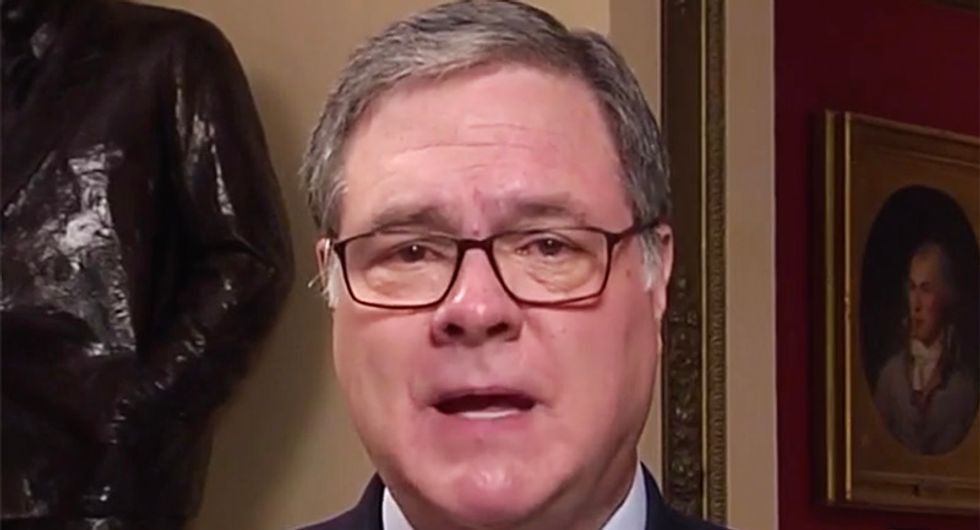 One week after Rep. Denny Heck (D-WA) announced that he would not run for re-election, he stopped by CNN to discuss the House's expected vote on articles of impeachment against President Donald Trump -- then used some of his time to take some hard shots at the Republican Party.

Speaking with host John Berman, Heck was resolute in stating that Trump broke the law and should be ousted from office, before turning to discuss his surprise announcement where he wrote in a letter to his fellow lawmakers, "I will never understand how some of my colleagues, in many ways good people, could ignore or deny the president’s unrelenting attack on a free press, his vicious character assassination of anyone who disagreed with him, and his demonstrably very distant relationship with the truth.”

That was a theme he once again took up while talking with the CNN host.

After telling host Berman that there are Republicans in the House who are "deeply concerned about the president's behavior. and they think what he did is wrong and encourages Russia," Heck talked about his disgust with how some GOP members of the House have conducted themselves.

"How it is some of my Republican colleagues, in particular, have been able to look the other way at the president's behavior with respect to what he did with Ukraine and that phone call with President Zelensky in which he said'I would like you to do us a favor though...' but all of his other behavior as well," Heck stated. "Whether it's his distant relationship with the truth or his proclivity to, frankly, viciously attack anybody that simply disagrees with him or any number of offenses that he's engaged over the years, it's made my heart heavy."

"Frankly it wasn't helped at all yesterday, John, when one of the members on the other side of the aisle [Rep. Louie Gohmert (R -TX)] decided that it was an appropriate time during the Judiciary Committee to publicly indicate the person who is alleged to be the whistle-blower," he continued with his voice rising. "I've seen way too many times the tactics on the other side of the aisle have frankly shattered norms and degraded our institutions. I saw it last night in that hearing and saw it in the SCIF -- the Secure Compartment information Facility -- when a group of them stormed the facility. Are there no limits?"