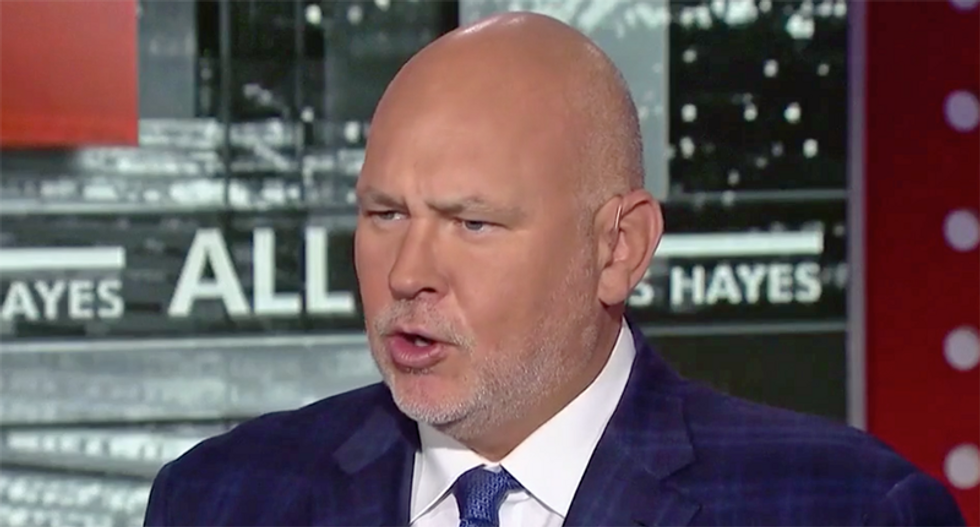 The conservative commentator identified four areas of Trump's history that undermined his defense.

"When we look at the foundation of the defense that we saw here -- which is outside of the facts that I'll get to in a minute -- so the foundation is that the president was mightily concerned about corruption Ukraine," Schmidt noted. "Forgetting that this is a person who ran a fake university, ran a fraudulent charity, bilked all of his contractors out of the wages they had earned and has a record of fraud that lights the night sky."

"The entire premise that he's earnestly doing the people's business in the oval office focused on the American taxpayer dollars, his fiduciary responsibility to it, because there's corruption in Ukraine is, on its face, absurd," Schmidt concluded.