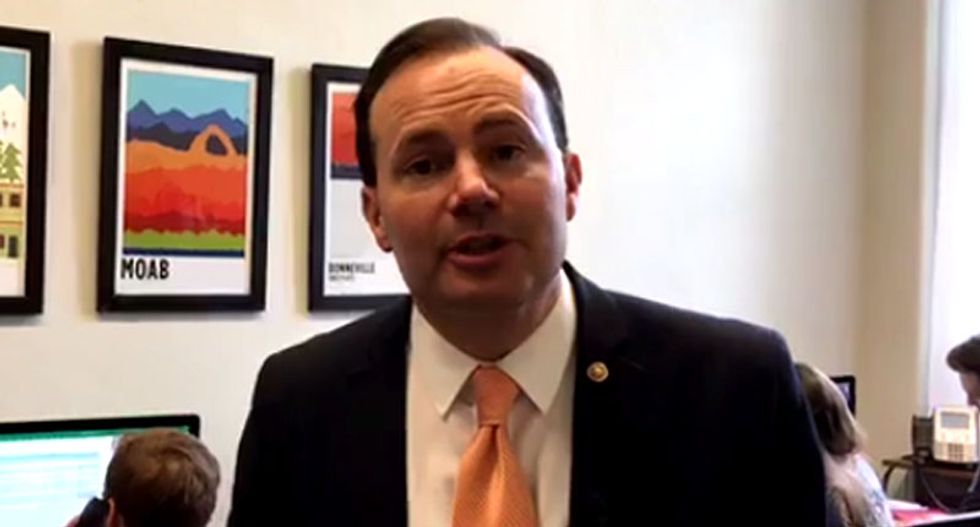 Sen. Mike Lee (R-UT) has been working behind the scenes to get President Donald Trump acquitted in the Senate.

The Utah Republican has taken a lower-profile role than Senate Majority Leader Mitch McConnell (R-KY) and Sen. Lindsey Graham (R-SC), but has been quietly coordinating impeachment strategy with White House counsel Pat Cipollone and taking the temperature of his GOP colleagues, reported Politico.

“He’s offended by the process in the House and he wants to make sure the Senate trial is not turned into a circus,” said Graham, who's been an outspoken Trump defender. “We all respect and the White House sought out his views … he’s been very constructive."

Lee fought Trump's nomination at the GOP convention in 2016, but he's been helping the White House fight impeachment since House Speaker Nancy Pelosi announced the impeachment inquiry in September -- and even started plotting strategy as soon as Democrats won the House majority.

Lee has invited Cipollone and White House senior adviser Kellyanne Conway to the weekly GOP lunch he hosts, and he's pushing the Trump team to accept a Senate trial to exonerate the president instead of a dismissal of charges.