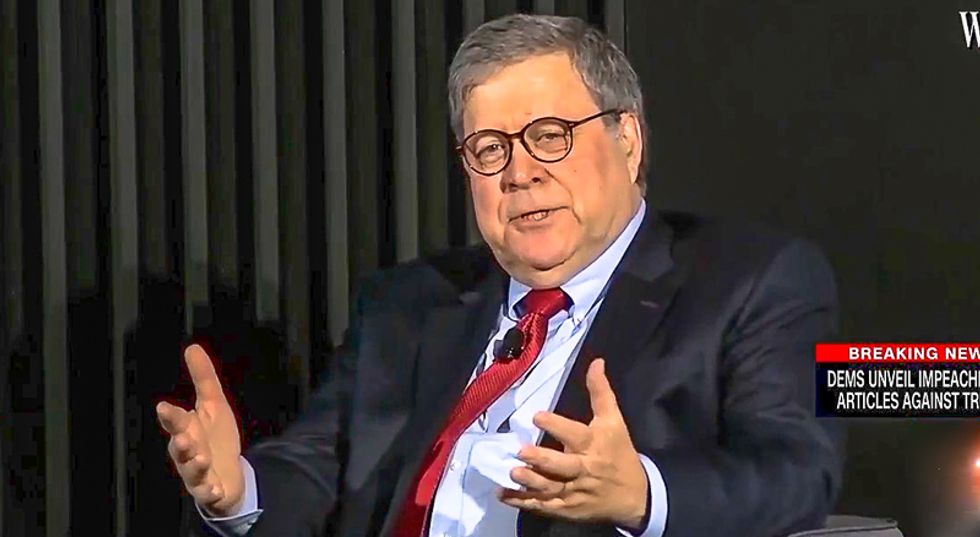 In an interview with Newsweek, former federal prosecutor Michael Stern explained how Attorney General Bill Barr is extensively quoted throughout the documents surrounding the Ukraine scandal. President Donald Trump even told President Volodymyr Zelensky that he should work with Barr when complying with Trump's demand to investigate former Vice President Joe Biden's son.

In the past weeks, Barr has defended the president by complaining that Democrats were trivializing impeachment by going after the president for the Ukraine scandal. Given the Democrats didn't impeach the president over the ten examples of obstruction of justice outlined by Robert Mueller, it's unclear what exactly is "trivial."

"There were people at the time who thought maybe he should recuse himself, or maybe he can't oversee this since there are questions about whether Barr was in on this with Donald Trump," said MSNBC host Ali Velshi. "But when you go all the way back to the unsolicited memo that he wrote about the Russia investigation, the way he was misleading to the public about the conclusions of the Mueller investigation, and then this, does any of this come as a surprise to you?"

Stern said it didn't shock him at all and said that Barr had become a tool for the president.

He explained that it's clear Barr is subverting his duty as attorney general to protect Trump.