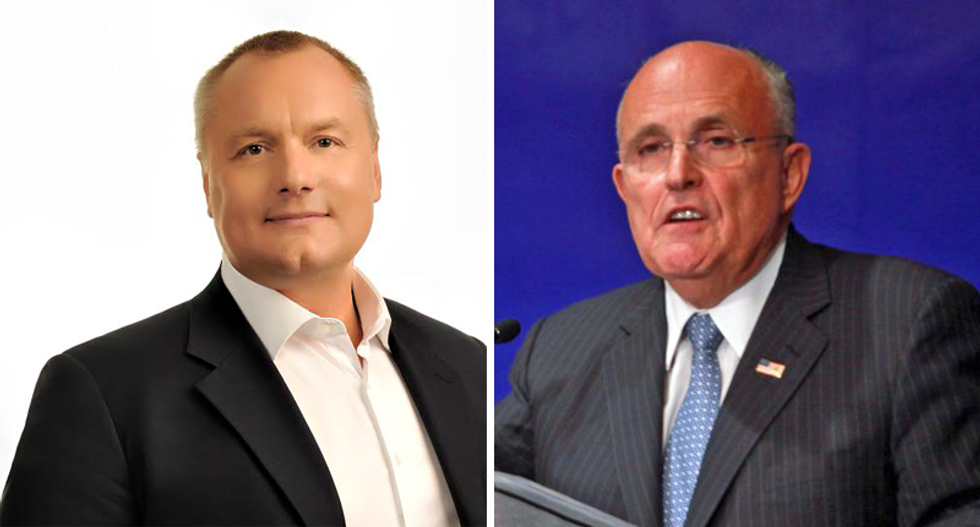 President Donald Trump's personal attorney is causing "shock" among Ukrainians for working with Andrey Artemenko, according to new reports.

"In an attempt to exonerate President Donald Trump, Rudy Giuliani has been working with right-wing media outlet One America News Network (OAN) to produce a television special featuring a string of current and former Ukrainian officials defending Trump’s conduct in withholding military aid to Ukraine and seeking investigations of the Bidens," Law & Crime reported Saturday.

"Andrii Artemenko was expelled from Ukraine’s Radical Party and accused of treason by Ukrainian prosecutors in 2017 for meeting with President Trump’s then-personal attorney Michael Cohen, and Russian-American businessman and former Trump associate Felix Sater on January 27 in New York — where a strategy was discussed that would permit Russia to lease Crimea for between 50-100 years," the legal website reported.

"Indeed, Giuliani’s choice of guest stars in his would-be reality show, and his wider cast of sources, caused shock among many in Kyiv’s establishment who know their questionable backgrounds in considerable detail," The Daily Beast reported Saturday.