Lindsey Graham admits nothing will change his mind on Trump impeachment: 'I'm not trying to pretend to be a fair juror' 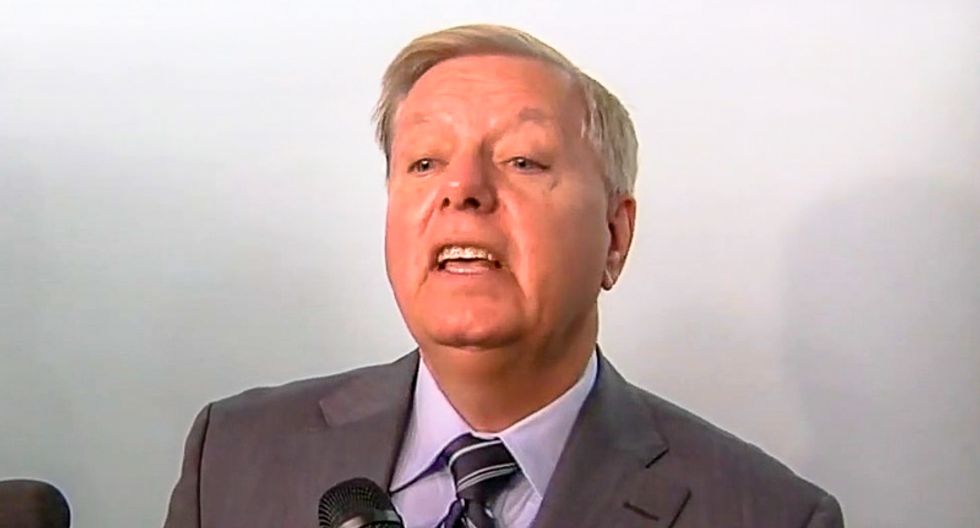 In an interview with CNN International's Becky Anderson at the Doha Forum in Qatar, Sen. Lindsey Graham (R-SC) admitted he has no plans to look at the evidence compiled against Donald Trump from the House impeachment inquiry when it is referred to the Senate.

The chair of the Senate Judiciary Committee explained that he wants the trial to be quick and that expects nothing to come of it, with the GOP solidly behind fighting impeachment of the president.

During the interview Graham stated, "This thing will come to the Senate, and it will die quickly, and I will do everything I can to make it die quickly."

"I am trying to give a pretty clear signal I have made up my mind. I'm not trying to pretend to be a fair juror here," Graham said, adding, "What I see coming, happening today is just a partisan nonsense."

"Personally I think President Trump will come out of this stronger and the good news is that everybody in politics in America needs to prove to the American public we're not all completely crazy. So there may be a spirit of compromise coming post-impeachment, born of political necessity, if anything else," he added.