In an age of inequality, BBC’s ‘A Christmas Carol’ capitalizes on the money theme 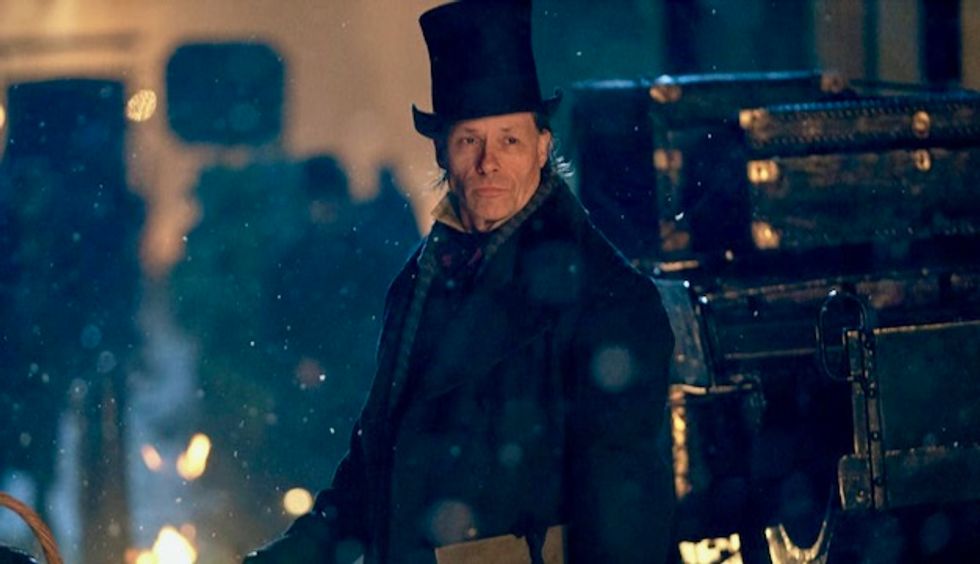 In Dickens’ 1843 novella, Ebenezer Scrooge (Pearce in this version) evolves from unloved miser to “as good a friend, as good a master and as good a man, as the good old city knew, or any other good old city, town or borough, in the good old world.” He is guided by the ghost of his former business partner Jacob Marley (Stephen Graham) and the ghosts of Christmases Past, Present and Yet to Come.

Dickens dramatizes conflicts, central to Victorian thought, between the individual and his or her community, between good for the few and good for the many. He has much to teach us about how to navigate the severe inequalities in our own time.

Money, and the distribution of it, is central to the novella. Indeed, one of our first glimpses of Scrooge takes place in the counting house of his firm. Scrooge hoards the coal, denies it to himself and to his clerk Bob Cratchit (Alwyn), and thus pressures the latter into keeping warm as best he can by means of a white comforter and a candle. Later on, a young family’s exchange makes apparent what a merciless creditor he is.

Trailer for A Christmas Carol.

Knight and Murphy capitalize on the money theme, right from the series’ trailer. Wrapped in chains, Marley’s ghost reproaches Scrooge for accumulating wealth at the cost of vandalizing the world, and we witness the exploitation of individuals and communities alike.

In this two-minute preview, Scrooge is in conversation with two gentlemen who are collecting money for charity. He is unmoved by the gentlemen’s claim that some of the poor and destitute prefer death over prison. A reaction shot underscores Scrooge’s indifference as Pearce dryly remarks: “Then let them die.”

This scene is a variation of one that takes place in the novella’s early pages. After ascertaining that there are prisons and union workhouses, and that “[t]he treadmill and the poor law are in full vigour,” Scrooge replies: “I don’t make merry myself at Christmas, and I can’t afford to make idle people merry.” He helps to support the establishments he’s mentioned. They “cost enough,” and “those who are badly off must go there.”

Less snappy than Pearce’s Scrooge, Dickens’ Scrooge continues: “If they would rather die … they had better do it, and decrease the surplus population.” 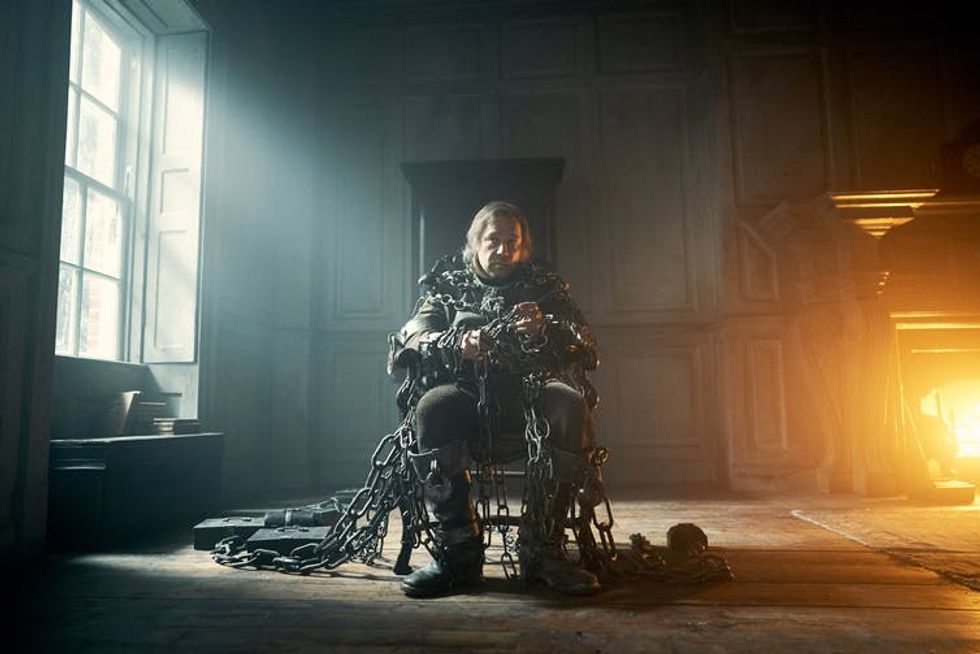 Though one may dissent with Scrooge’s decision and his faith in the Victorian Poor Law (i.e. workhouses), his reasoning and arguments demand our attention. Scrooge worries that if, on the one hand, unconditional relief is a bounty on idleness, then on the other, private charity cannot provide poor relief to the right people in the right quantities.

Dickens shows us how his character has missed the point. Dozens of pages later, the Ghost of Christmas Present uses Scrooge’s own language to admonish him when the ghost prophesizes Tiny Tim’s death:

“If these shadows remain unaltered by the future, none other of my race … will find him here. What then? If he be like to die, he had better do it, and decrease the surplus population.”

The ghost reprimands Scrooge not for his lack of charity but for his desire to determine and regulate who deserves to live:

“Will you decide what men shall live, what men shall die? It may be, that in the sight of Heaven, you are more worthless and less fit to live than millions like this poor man’s child. Oh God! To hear the insect on the leaf pronouncing on the too much life among his hungry brothers in the dust!”

Before he leaves Scrooge, the ghost shows him two children, a boy and a girl, “wretched, abject, frightful, hideous, miserable,” and enlarges his earlier lesson:

“This boy is Ignorance. This girl is Want. Beware them both, and all of their degree, but most of all beware this boy, for on his brow I see that written which is Doom, unless the writing is erased. Deny it! … Slander those who tell it ye! Admit it for your factious purposes, and make it worse. And bide the end!”

When Scrooge wonders if the children have “no refuge or resource,” the ghost answers him with his earlier terms: “Are there no prisons? … Are there no workhouses?”

Institutions, Dickens implies, are inadequate to meet the challenges of his Victorian England. As the novelist George Gissing has argued, Dickens’ social reform project is structured around the individual:

“Dickens’s remedy for the evils left behind by the bad old times was, for the most part, private benevolence. He distrusted legislation; he had little faith in charitable associations; though such work as that of the Ragged Schools strongly interested him. His saviour of society was a man of heavy purse and large heart, who did the utmost possible good in his own particular sphere.”

Through Scrooge, Dickens exposes the possibility of self-evaluation and self-invention.

In recent work on Gissing and his contemporary Walter Besant, I have shown how Scrooge does not, as one would expect, stress what he has learned and ask for a chance to redeem himself after the Ghost of Christmas Yet to Come shows him his neglected grave.

Rather, Scrooge negates the life he imagined he would have led had it not been for the Spirits, and sees this intervention as an opportunity to improve:

“Spirit! … hear me! I am not the man I was. I will not be the man I must have been but for this intercourse. Why show me this, if I am past all hope?”

A Christmas Carol offers us, too, an opportunity to reflect and improve.