Kellyanne Conway slimes 'rattled' Lisa Page for speaking out: 'I'm not a woman who feels sorry for myself' 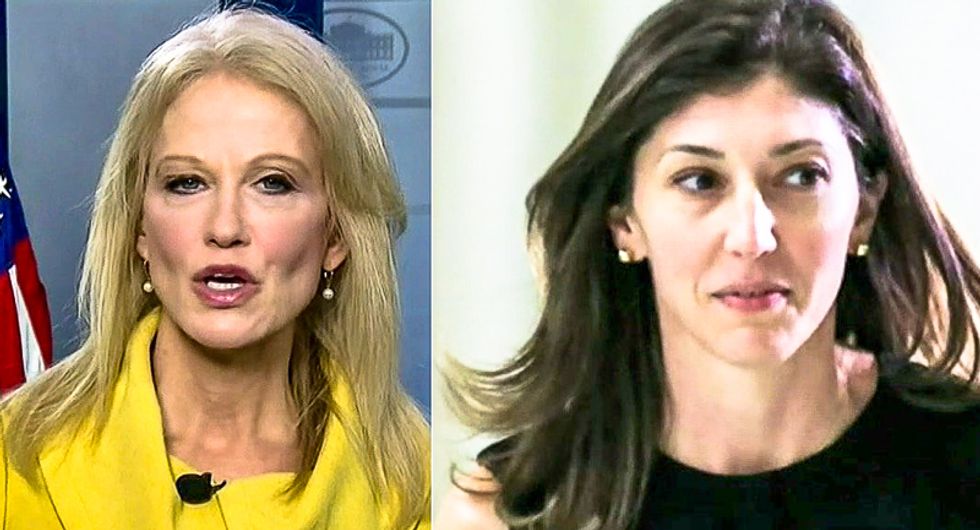 White House counselor to the president Kellyanne Conway took a shot at Lisa Page on Monday after the former FBI attorney spoke about President Donald Trump's harassment of her.

Page explained to The Daily Beast in an interview that she was prompted to come forward after the president of the United States publicly humiliated her.

“Honestly, his demeaning fake orgasm was really the straw that broke the camel’s back,” she told the publication. "I had stayed quiet for years hoping it would fade away, but instead it got worse."

Later on Fox News, Conway was asked for the "White House official reaction" to the interview.

Conway admitted that she had not discussed the interview with the president.

"She also suggested she was being harassed," Fox News host Bill Hemmer pointed out.

"I actually think that she feels really sorry for herself," she continued. "If she were a career lawyer with the FBI and DOJ, she could have stayed on that job, nobody here removed her. She quit voluntarily."

Before signing off, Conway took one more shot at Page.

"I'm not a woman who feels sorry for myself," she quipped. "That's my message of the day. I hope my three daughters are watching."