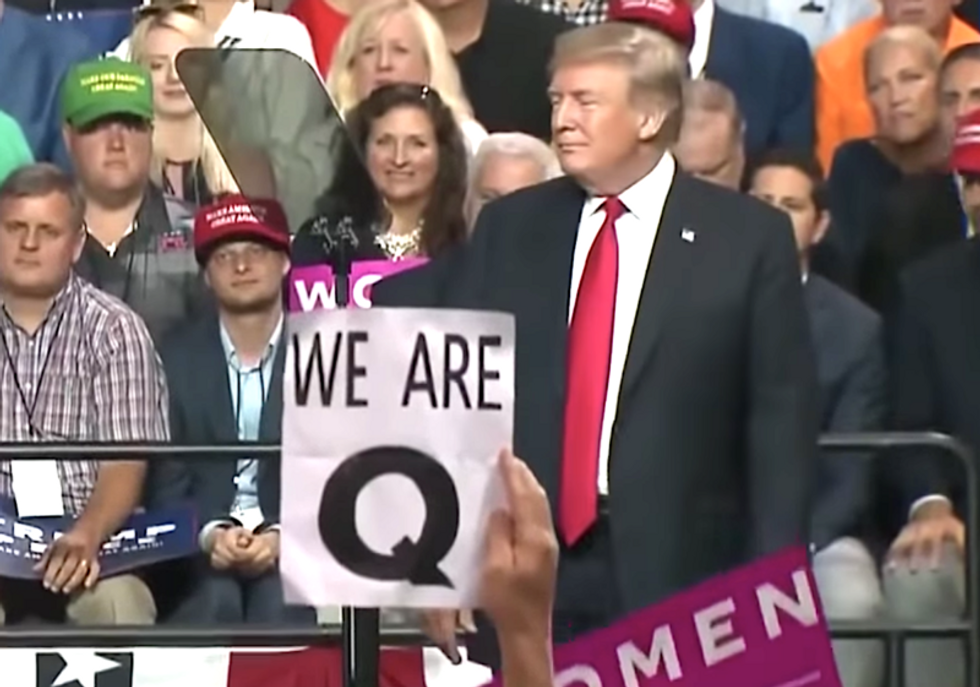 In the age of Trump, far-right conspiracy theories have gripped a large section of his base, birthing one of the most convoluted and bizarre rumors to date, namely the QAnon conspiracy theory -- which details a complicated and sometimes nonsensical plot by the "Deep State" against Trump and his supporters.

While most people regurgitate this particular brand of paranoia from behind their keyboards, some have been driven to commit acts of violence after being radicalized online, one example being a 29-year-old North Carolina man whose belief in "Pizza Gate" prompted him to walk into a D.C. pizzeria in 2016 and open fire with an assault weapon, believing he was rescuing children held hostage by a Hillary Clinton-run child sex trafficking ring.

Another example is 25-year-old Anthony Comello, who killed mob underboss Francesco (Franky Boy) Cali of the Gambino crime family. While the murder may have looked like just another mob world hit, it turns out that Comello thought Cali was part of the Deep State and targeted him with the intent of turning him over to the military. During one court appearance after his arrest, Comello flashed a large "Q" that was drawn on the palm of his hand, signifying his belief in QAnon.

Now, as The New York Times reports, Comello's lawyers are using his belief in QAnon to argue that he's legally insane.

“He ardently believed that Francesco Cali, a boss in the Gambino crime family, was a prominent member of the deep state, and, accordingly, an appropriate target for a citizen’s arrest,” Comello’s lawyer, Robert C. Gottlieb, wrote back in July.

“Mr. Comello became certain that he was enjoying the protection of President Trump himself, and that he had the president’s full support,” Gottlieb added.