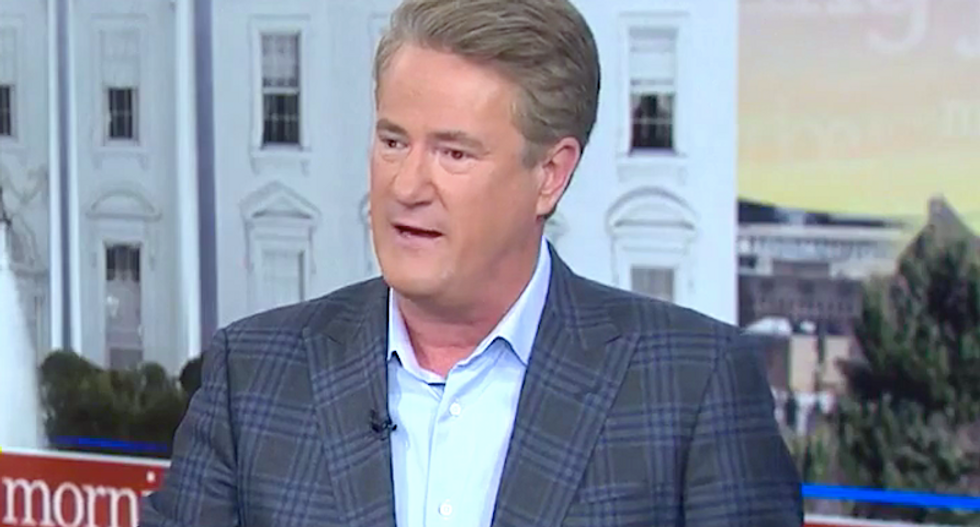 The "Morning Joe" host conceded that limiting the scope of impeachment to the Ukraine scandal had not moved the needle in public opinion, so he suggested expanding the process to include the federal crimes that GOP lawmakers have argued are necessary to impeach.

"As we move through this process, and the Republicans in the House acted in such an abhorrent way," Scarborough said. "It's going to damage them in the long run, they were much better off to say, 'Yes, he did it, but it's not a crime, this is why we're not removing him.' They're not doing that."

"Now some Republicans are cynically saying, 'You're rushing this,'" he added.

Scarborough made a case for slowing the process down to expose all the gory details of Trump's alleged wrongdoing.

"You know what we're going to do?" he added. "We're going to add that because that's a crime and that really upsets you that we have enumerated a specific crime that would have sent any of to us jail if we had done it in our House races, we're going to do add that."

Scarborough said instances of Trump's obstruction of justice should also be folded into the impeachment inquiry, with more public testimony.

"You know what next week is?" Scarborough continued. "Next week is Sergey Lavrov week, and I would just do it week after week after week. Now, I understand there would be some Democrats (saying), 'Oh, we can't do that.' I understand that, but i'll tell you what, not only would that be best for history, I think politically it would be best, call the Republicans' bluff."

"You know, if Donald Trump's selling out an American ally and selling out American national security is not enough for them, you know, then let's ... put the wheat where the goats can eat it," Scarborough concluded. "I would call the Republicans' bluff, I would drag this out. I mean, he's committed crimes, let's add it. The emoluments clause, I'd add it. Constitutionally, it's in the U.S. Constitution, they should add it. I understand they're doing it for brevity, get it through there to keep it as simple as possible, that hasn't worked. The Republicans' bad faith has reached new levels."