'Mafia in action': Experts concerned by Giuliani and son walking into White House during impeachment vote 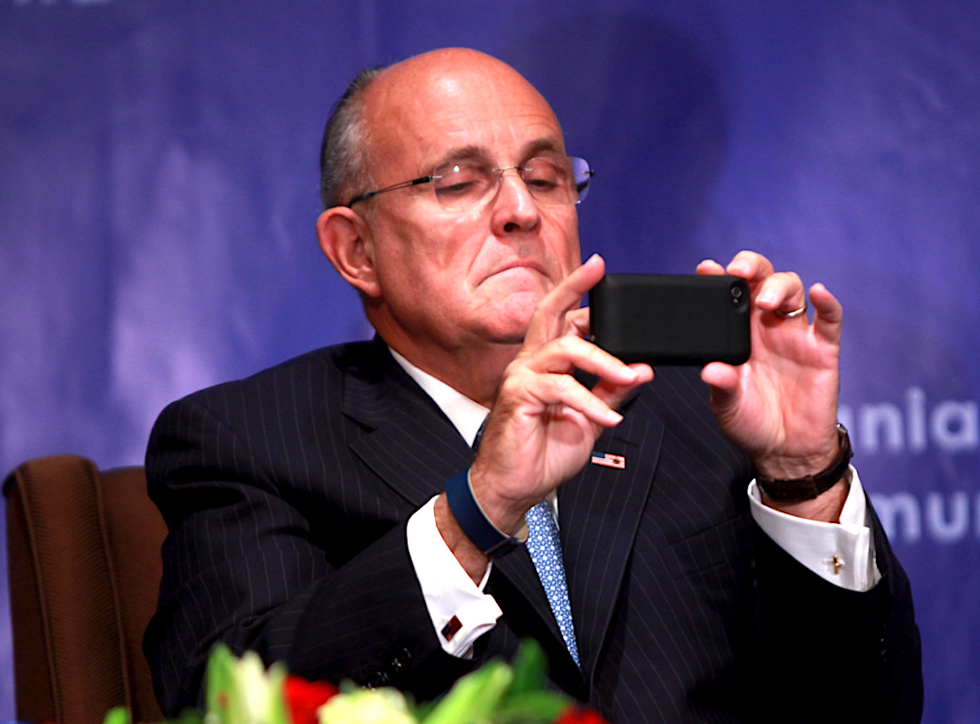 Legal experts are perplexed and expressing concern on the news Rudy Giuliani, who reportedly is under criminal investigation, walked into the White House just as the Judiciary Committee was passing Articles of Impeachment against President Donald Trump.

CNN's Jim Sciutto and others posted this photo around 10:30 AM Friday morning:

Trump has been emboldened, not chastened, by impeachment. His personal attorney is at the WH right now after his tr… https://t.co/OukeN7BJKU
— Jim Sciutto (@Jim Sciutto)1576251340.0

Giuliani's son Andrew, reportedly a failed pro golfer, works for the White House as Public Liaison Assistant to President Donald Trump. He makes $95,000 annually – more than twice as much as the Obama official who held that office previously – and is unofficially Trump's “liaison to the sports community.”

"So the man who has been creating false spin about Joe Biden creating favors and access for his son, just brought his own son to the Oval during Trump's most critical time in office."

Former SDNY Federal Prosecutor Mimi Rocah summed up the consternation many are feeling.

Ask yourself what kind of President opens the WH gates to a man under counterintelligence investigation? Hope Rudy… https://t.co/CzhCunZuAK
— Sam Vinograd (@Sam Vinograd)1576250721.0