McConnell bluntly defends working with Trump to undermine impeachment: 'We're on the same side' 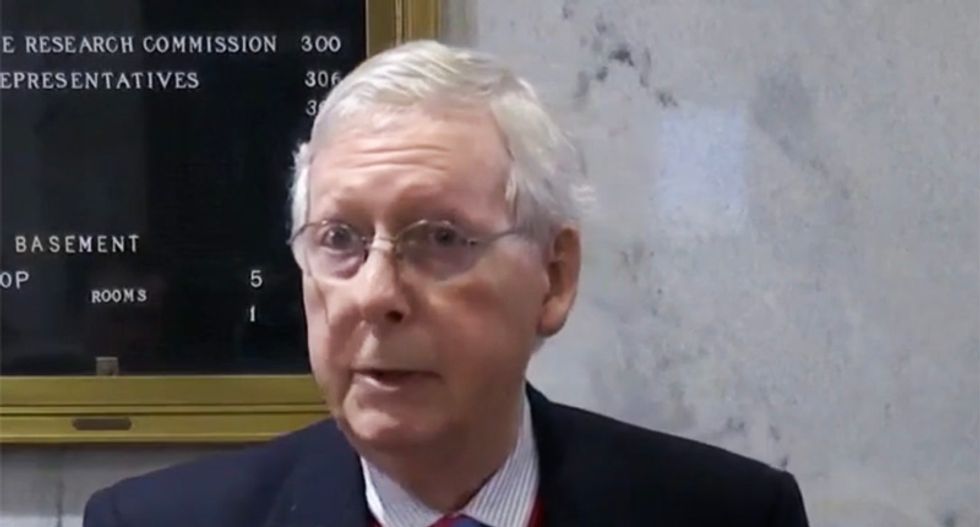 Speaking in Kentucky on Friday afternoon, Senate Majority Leader Mitch McConnell (R-KY) blithely blew off concerns about coordinating with Donald Trump's White House on how to handle the president's defense in the expected impeachment trial.

One day after admitting on Fox News that he was working hand-in-hand with the White House on impeachment tactics, McConnell was very blunt about his motivations when asked about his admission.

In a clip shared by MSNBC, the Senate leader was pressed about his plans.

"You told Sean Hannity last night you were coordinating with the White House when it comes to impeachment. Why is that appropriate?" McConnell was asked.

"It was done in the Clinton impeachment as well," McConnel replied. "Not surprisingly, President Clinton and the Democrats in the Senate were coordinating their strategy. We're on the same side."

"So Tom Daschle, Tom Daschle said that he didn't coordinate with the White House, " McConnell was pressed.

"I just read today that they did," McConnell shot back.