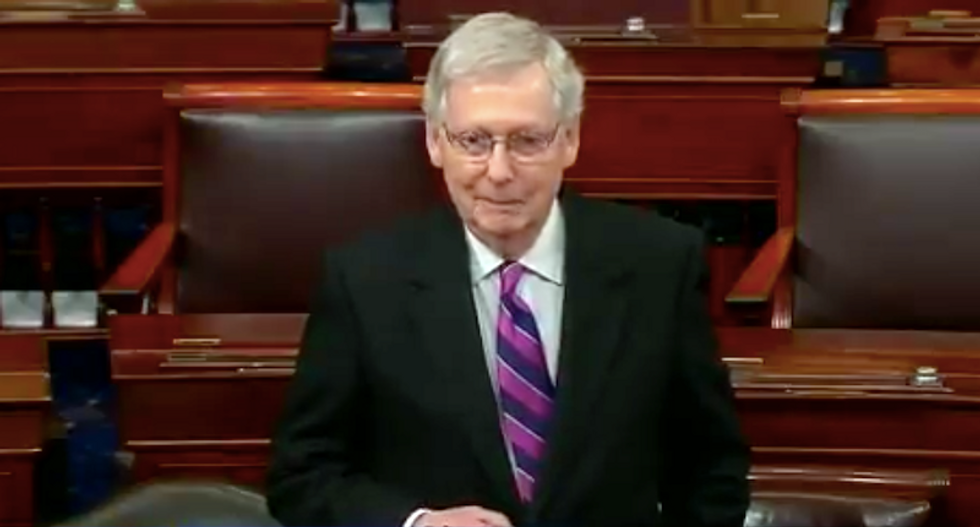 President Donald Trump has made his position clear on how he wants the impeachment trial to be conducted: A partisan parade of Republican-approved witnesses the Senate GOP can publicly smack down, like Hunter Biden, House Speaker Nancy Pelosi (D-CA), House Intelligence Committee chairman Adam Schiff (D-CA), and the anonymous intelligence community whistleblower who originally filed the complaint.

According to the Washington Post, however, Senate Majority Leader Mitch McConnell (R-KY) has put his foot down on that idea, and has instead been urging for the Senate to call no witnesses at all — both to prevent the proceedings from becoming a circus and to prevent Democrats from being given opportunities to present evidence against the president.

One Republican who was part of McConnell's strategy meeting on impeachment reported that he warned his GOP colleagues any attempt to call witnesses will be "mutually assured destruction" — because Democrats can then call forth the witnesses they need to make their case.

While Trump and McConnell are at odds over the issue, McConnell holds the power to set the rules, and so his view will likely carry the day.