Melania annoyed that Ivanka invades 'her turf' and is often elevated above her: New tell-all book 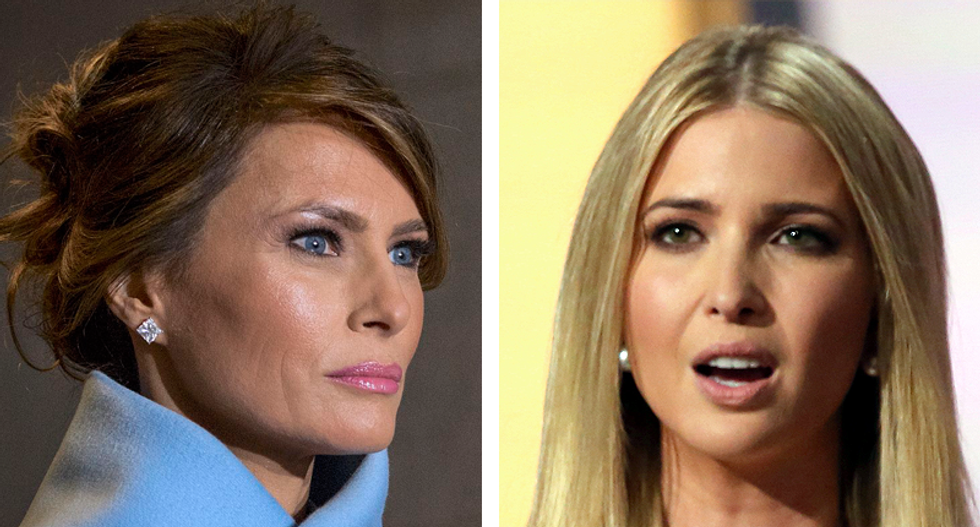 The upcoming biography of Melania Trump by CNN White House reporter Kate Bennett, "Free, Melania," contains a number of new revelations about the First Lady, including that she sleeps in a separate bed from the president, that she doesn't really care about her "Be Best" anti-bullying campaign, and that her hospitalization for kidney problems in May 2018 was much more serious than the media had first reported.

One of the more interesting tidbits, though, was Bennett's account of Melania's relationship with first daughter Ivanka Trump, which reportedly is a lot more tense than it appears in public.

The relationship, wrote Bennett, is "cordial" but "not close." Additionally, Melania is bothered by Ivanka's constant international trips with the president during diplomatic negotiations. "The trips were, according to a source, too close for comfort for Melania, who thought Ivanka was invading her turf," wrote Bennett. In fact, she argued, Melania's decision to don the infamous "I REALLY DON'T CARE, DO U" jacket during a visit to Texas was not, as is commonly assumed, a comment on the media scrutiny of migrant family separation, but a jab at Ivanka — who was at the time trying to position herself in the press as a positive influence on the administration.

More broadly speaking, Bennett disputes the overall media perception of Melania as a "trophy wife" detached from politics, asserting that the First Lady's opinions in fact have a great deal of influence in the administration and she is one of the only people who can contradict Trump to his face.