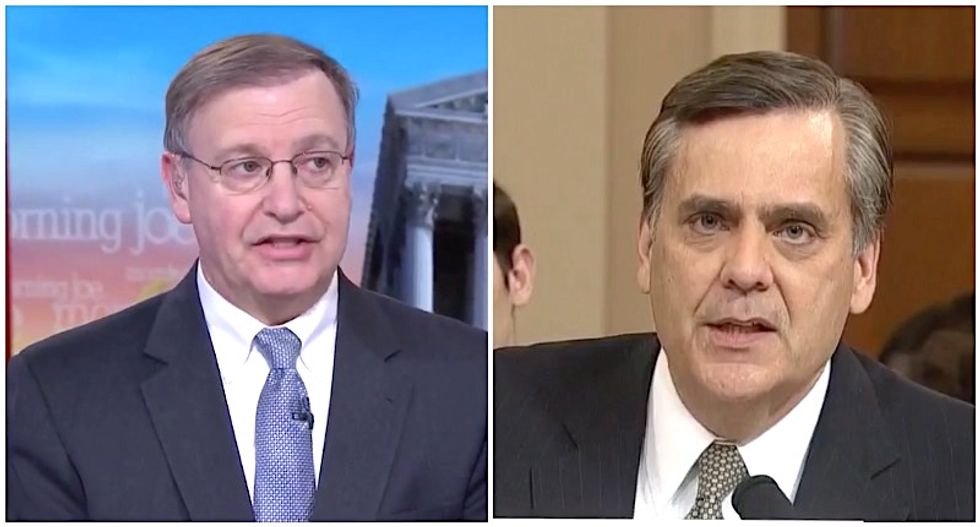 MSNBC's Chuck Rosenberg blew up the legal arguments put forth by Jonathan Turley to defend President Donald Trump from impeachment.

The former U.S. Attorney and head of the Drug Enforcement Agency told "Morning Joe" that Turley, also an MSNBC contributor, made no sense when he complained that the impeachment process was moving too fast.

"One of the complaints that professor Turley had yesterday, and I thought it was deeply illogical, is that this process is moving fast and too narrow," Rosenberg said. "If something bad happens you move quickly. Law enforcement, if someone does something wrong, we arrest them and move quickly. This is ongoing so it's a threat."

"So to criticize Democrats for being too narrow in their inquiry misses the entire point," he added. "It's narrow because they have been blocked from getting access to these people that ... we would like to hear from."