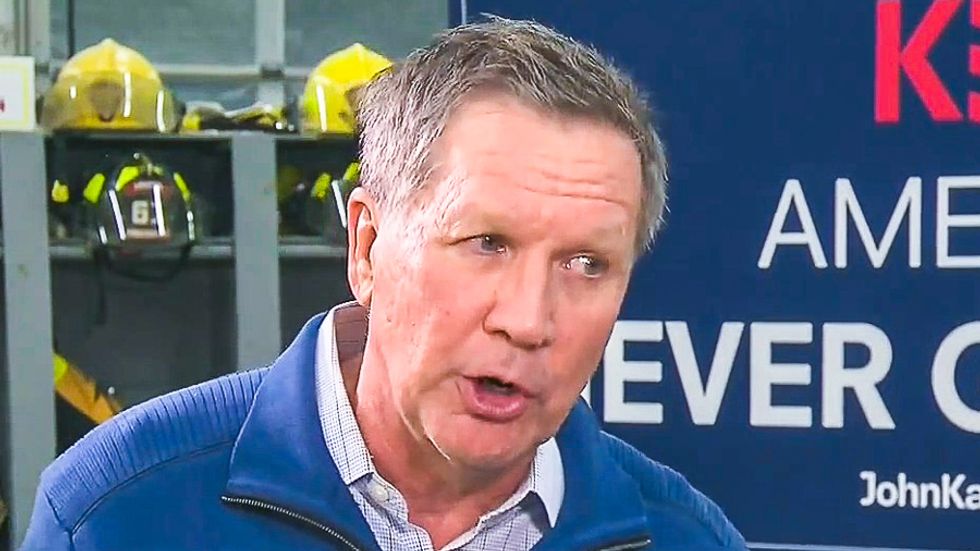 A new think tank founded by Jerry Falwell Jr. aims to defend "Judeo-Christian and American values from leftists like former Ohio Gov. John Kasich," according to The Columbus Dispatch.

According to The Epoch Times, "The Falkirk Center will operate as a wholly-owned subsidiary of Liberty University. Falkirk’s mission will be to 'equip courageous champions to proclaim the Truth of Jesus Christ, to advance His Kingdom, and renew American ideals.'"

“When you hear somebody like [former Ohio Gov.] John Kasich use the Gospel for socialistic programs, it’s just to show that he has a basic misunderstanding of the Gospel.”

The Columbus Dispatch further explains why Falkirk has the former Republican Ohio governor in their sights:

Falkirk Center for Faith and Liberty co-founder Charlie Kirk was slamming Kasich back in the 2016 GOP presidential campaign, when he twice retweeted a missive urging Kasich to “put delusional ego aside” and drop out.

Kasich’s quoting of Jesus’ admonition for Christians to care for “the least of these” to justify such policies as Medicaid expansion has angered some in the Religious Right.