Nicolle Wallace questions the ‘manliness’ of Republicans defending Trump: ‘What about their pride?’ 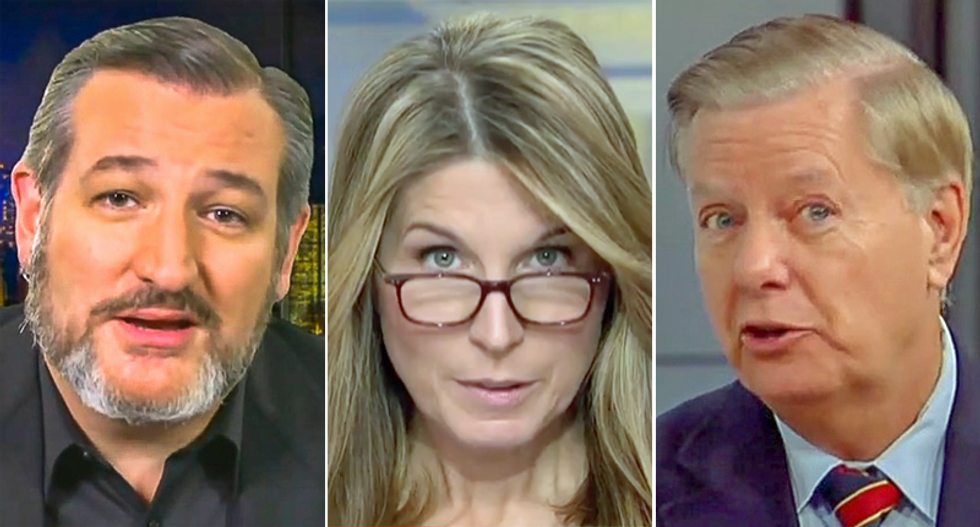 Wallace, who was a top Republican strategist prior to her career in broadcast journalism, played clips of Trump insulting Sen. Lindsey Graham (R-SC) and Sen. Ted Cruz (R-TX).

"Trump was brutal," Wallace noted. "It's a good thing for him that they forgot about that. Years later, with impeachment all but guaranteed, this weekend both of those men -- both of those American senators -- made clear they would defend Trump and won't even pretend to be impartial.

Wallace said, "my question is about the manliness, the men, the character."

"I get the politics, but what about their pride?" she wondered.