Nikki Haley tries to stop national outrage: It was other people who saw Confederate flag as ‘service, sacrifice, heritage’ 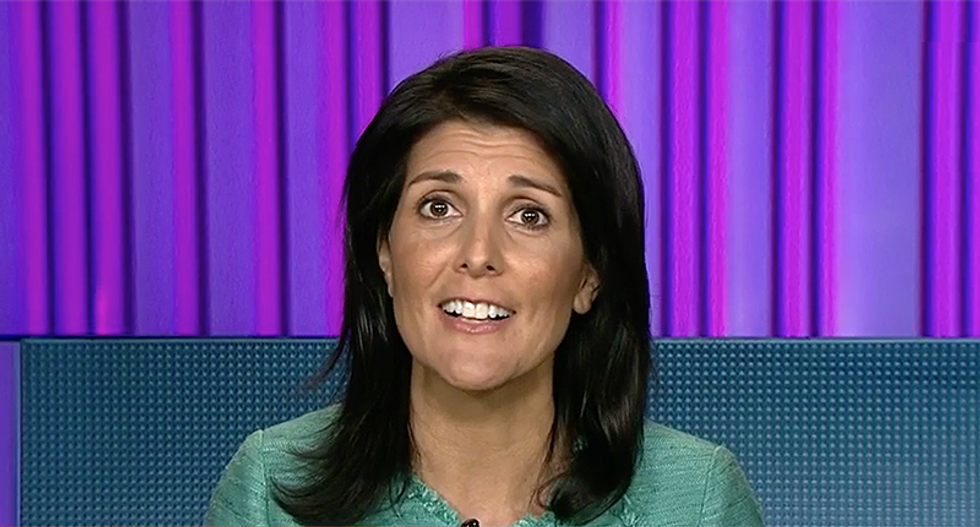 Former UN Ambassador and former South Carolina Governor Nikki Haley is trying hard to stop the national outrage over an interview she gave in which she suggested the Confederate flag stood for "service, and sacrifice, and heritage" until white supremacist Dylann Roof slaughtered nine Black church-goers attending a Bible study class.

Haley's exact words were: "Here is this guy that comes out with his manifesto, holding the Confederate flag, and just hijacked everything that people thought of. We don't have hateful people in South Carolina. There's always the small minority that's always going to be there, but, you know, people saw it [the Confederate flag] as service, and sacrifice, and heritage, and, but once he did that there was no way to overcome it."

Haley took to Twitter and pushed back by posting the text of a speech she gave when she called for the Confederate flag to be removed from the Statehouse grounds.

Rather than say directly what she apparently wanted to say, Haley retweeted tweets like these that deliver the message that she didn't call the Confederate flag an icon of service, sacrifice, and heritage – other people did. 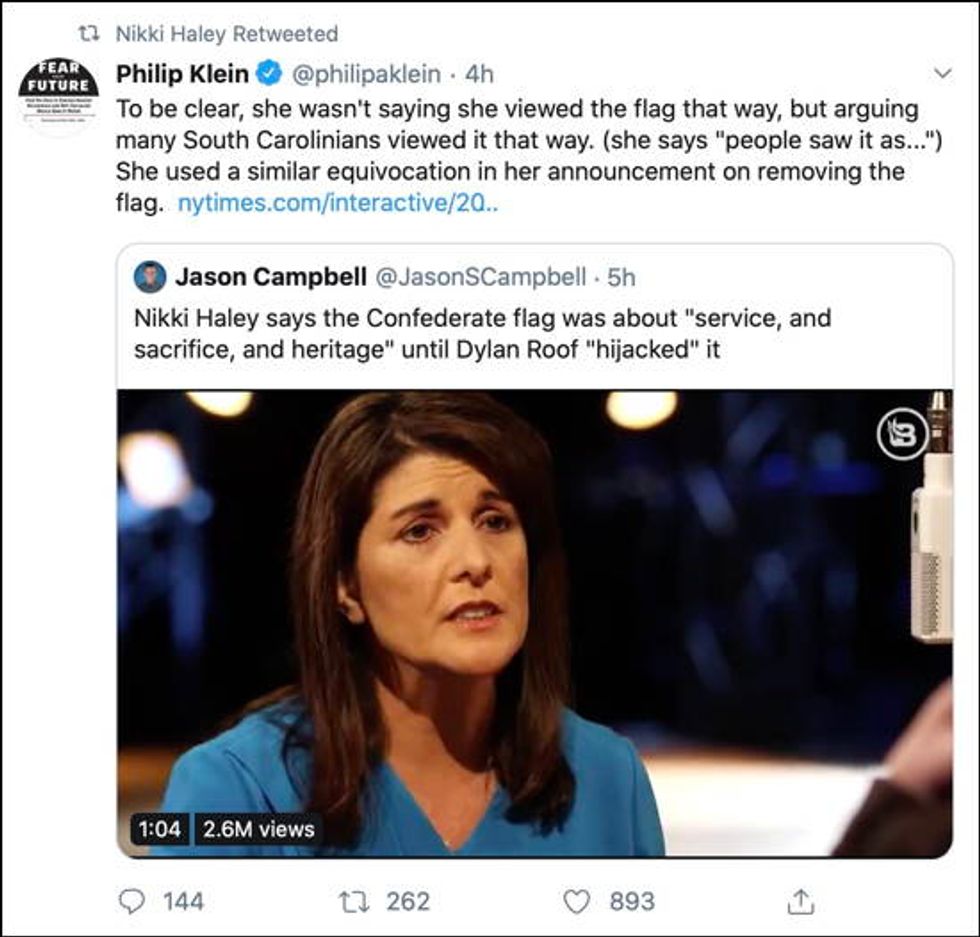 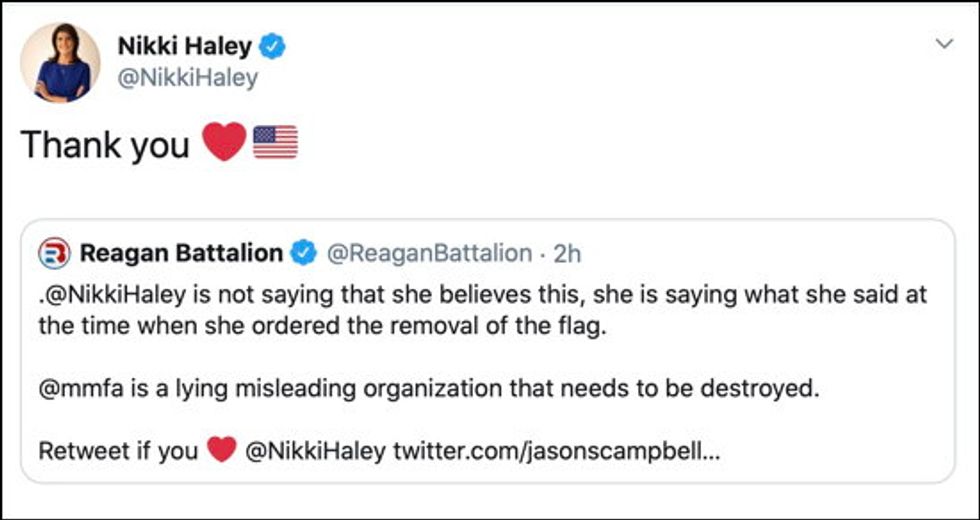 But given that the flag represents an actual attack on the United States of America – the Civil War – and has been used by white supremacists, including the KKK, and others to subordinate, discriminate against, and attack Black people and other minorities, it's hard to see how splitting hairs makes the former South Carolina governor any better.