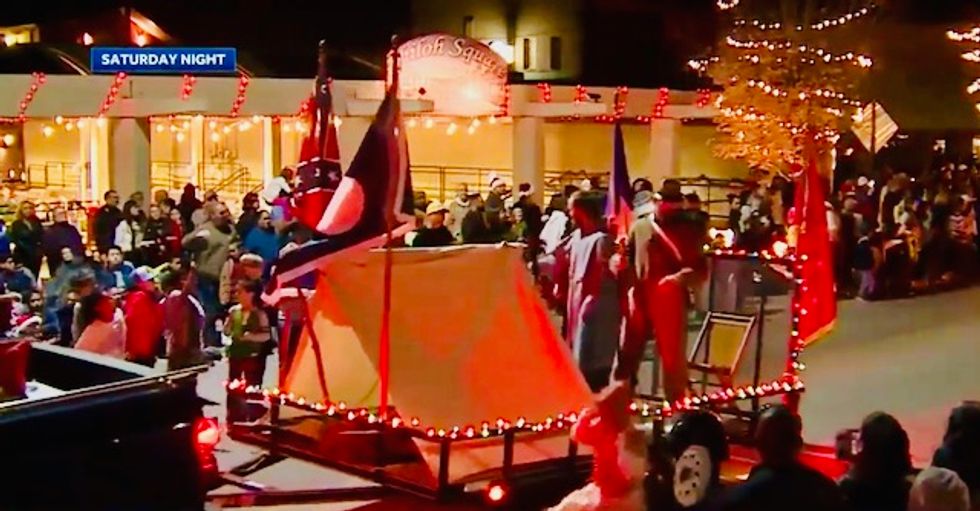 Two North Carolina towns are canceling their annual Christmas celebration parades "amid fears of violence due to Confederate groups’ participation in the events," The Daily Beast reports.

Citing a “potential for violence,” for the first time in over 70 years the town of Wake Forest, North Carolina says it will have no Christmas parade. Garner, NC, has also canceled its Christmas parade.

The Daily Beast cites "reports that Garner had plans to include a float sponsored by a chapter of the Sons of Confederate Veterans but said social-media posts led town officials to believe 'the event could be targeted for disruption.'"

"Wake Forest officials said they had received credible information that 'extremist' groups on both sides of the issue were making plans online to attend the parade," The Daily Beast adds. No supposed "extremist" groups from the left were identified.

Other notables on the list include Clint Eastwood and Harry S. Truman.