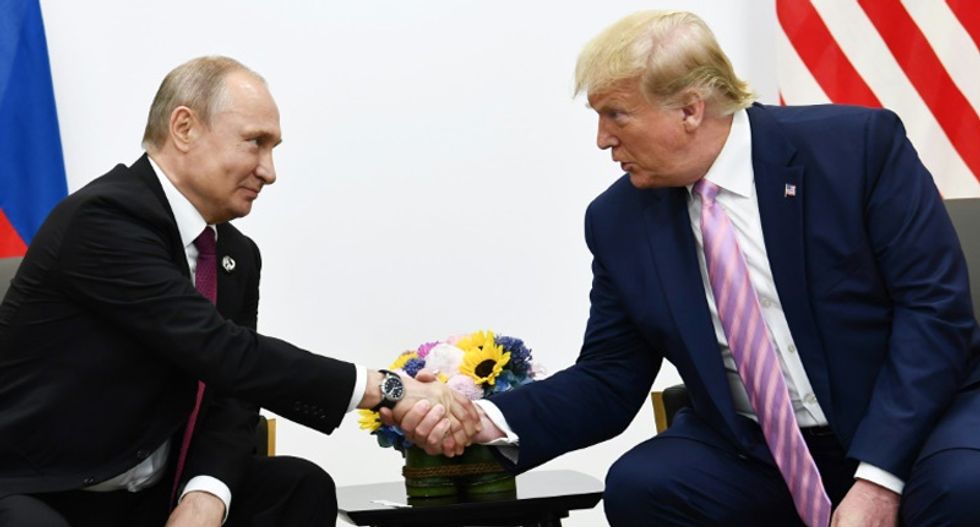 "In my colleague's efforts to defend this president, you want him to be someone he's not. You want him to be someone he is telling you he is not," said Swalwell. "You're trying to defend the call in so many different ways, and he's saying, guys, it was a perfect call. He's not who you want him to be. And let me tell you how selfish his acts were. And ranking member Collins, you can deny this as much as you want. People died in Ukraine at the hands of Russia," said Swalwell. "In Ukraine, since September 2018 when it was voted on by Congress, was counting on our support. One year passed and people died. And you may not want to think about that, it may be hard for you to think about that, but they died when the selfish, selfish president withheld the aid for his own personal gain."

"And I get it, oh, Obama, he only gave them x, y, z," continued Swalwell. "We've proven the record President Obama gave them not only military capabilities, military training and military equipment. So don't tell yourself Ukrainians didn't die. They died. Ambassador Taylor, he said these were weapons and assistance that allowed the military to — if further aggression were to take place, more Ukrainians would die. So it's a deterrent effect these weapons provided."

"But you didn't only hurt Ukraine, Mr. President, by doing this. You helped Russia," continued Swalwell. "And to my colleagues who believe we have such an anti-corruption president in the White House, I ask you this. How many times did this anti-corruption president meet with the most corrupt leader in the world, Vladimir Putin? How many times did he talk to him? 16 times between meetings and phone conversations. And how many conditions did the president put on Vladimir Putin to get such an audience with the most powerful person in the world at the highest office? Zero conditions."

"That's who you're defending," said Swalwell. "So keep defending him. We will defend the Constitution, our national security and our elections."