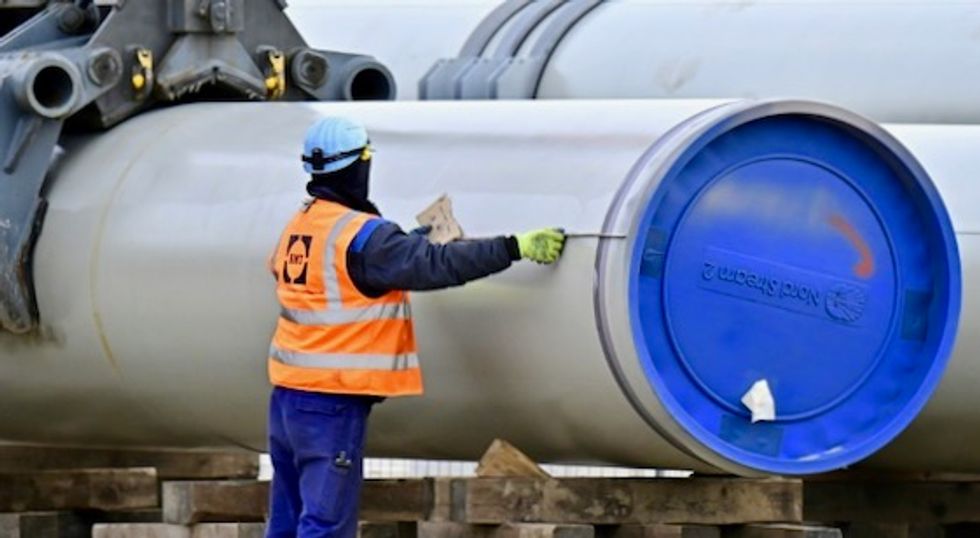 Russia and China on Monday launched a giant gas pipeline linking the countries for the first time, one of three major projects aimed at cementing Moscow's role as the world's top gas exporter.

Presiding by video link-up over an elaborate televised ceremony, Russian leader Vladimir Putin and Chinese counterpart Xi Jinping hailed the "Power of Siberia" pipeline as a symbol of cooperation.

"Today is remarkable, a truly historic event not only for the global energy market, but first of all for us and for you, for Russia and China," Putin said.

Xi said the project served as a model of cooperation.

The ceremony featured hard-hatted gas workers and videos showing the pipeline's difficult path from remote areas of eastern Siberia to Blagoveshchensk on the Chinese border.

Workers burst into applause and celebratory music played as the CEO of Russian gas giant Gazprom, Alexei Miller, speaking from the Amur region, ordered a valve opened for the gas to flow across the border.

The 3,000-kilometre (1,850-mile) pipeline -- which Putin has called "the world's biggest construction project" -- will supply China with 38 billion cubic metres (1.3 trillion cubic feet) of gas annually when fully operational in 2025.

The pipeline is part of Russia efforts to develop ties with Asia -- in particular top energy importer China -- amid longstanding tensions with the West.

Temperatures along the route plunge to below minus 60 degrees Celsius in Yakutia and below minus 40 C in the Russian Far East's Amur Region.

Work has also been completed on the first road bridge between Russia and China, further linking the two neighbours.

The bridge, which is to open next year, will connect the city of Blagoveshchensk and the northern Chinese city of Heihe.

Moscow however remains a key gas provider to Europe and is also planning to soon launch two more pipelines that will ramp up supplies to the continent while bypassing Ukraine -- TurkStream and Nord Stream 2.

Analysts said the three projects have long-term economic and political benefits for Russia, which has inserted itself between European markets to the west and the rapidly growing Chinese market to the east.

"Russia is not only creating new income streams, but hedging its bets and bolstering its position strategically," said energy analyst Andrew Hill.

"The ability to play one off against the other will not have been lost on either Gazprom or the Kremlin," Hill, who leads the S&P Global Platts EMEA gas and power analytics team, wrote in a blog.

But some analysts have said the project makes little economic sense, given its enormous costs, and should not have been built.

"This is not a commercial project," said Mikhail Krutikhin, estimating the pipeline's cost at some $100 billion, nearly double the $55 billion price tag announced by Gazprom.

"It will never pay for itself," Krutikhin told AFP.

The Power of Siberia launch came amid continued wrangling over Nord Stream 2.

Nord Stream-2, which would double gas volumes to Germany, is expected to go online in mid-2020, though it has faced opposition from the United States and countries in central and eastern Europe, particularly Ukraine.

Critics fear it will increase Europe's reliance on Russian energy supplies which Moscow could then use to exert political pressure.

Running under the Black Sea, the pipeline consists of two lines -- the first intended for Turkish consumers, while the second will send gas to southern and southeastern Europe.