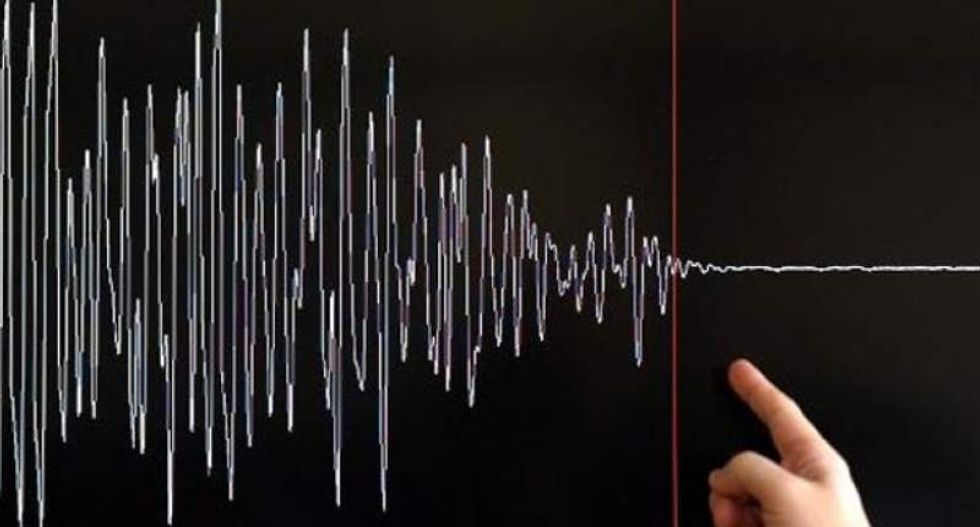 An earthquake struck Iran on Friday less than 50 kilometres (30 miles) from the country's only nuclear power plant, monitors said. There were no immediate reports of any damage.

The US Geological Survey said the 5.1 magnitude quake struck 44 kilometres (27 miles) southeast of Borazjan city and at a depth of 38 kilometres.

Its reported epicentre is 45 kilometres east of the Bushehr nuclear power plant, on the southwest Gulf coast.

The Iranian Seismological Center said in a preliminary report on its website that the strength of the quake was 4.9 magnitude and that its depth was 10 kilometres.

The quake jolted villages near Kalameh city, semi-official news agency ISNA said, adding there were no immediate reports of any damage.

"Based on assessments by the Red Crescent, and regional (authorities), we're yet to hear of any damage," it quoted the head of the province's crisis centre, Jahangir Dehghani, as saying.

"We might have roads blocked in parts of the mountain due to the quake's intensity," he added.

The Bushehr plant, which produces 1,000 megawatts of power, was built by Russia after being delayed for years and officially handed over in September 2013.

The Islamic republic is seeking to reduce its reliance on oil and gas with 20 nuclear facilities planned over the coming years.

Its nuclear programme is at the centre of a dispute with the United States, which suspects Iran is trying to obtain an atomic bomb, something the Islamic republic vehemently denies.

Tensions have escalated between the arch-foes since May last year when US President Donald Trump withdrew from a landmark 2015 accord.

The Joint Comprehensive Plan of Action, or JCPOA, gave Iran relief from sanctions in return for curbs on its nuclear programme.

In November 2017 a 7.3-magnitude tremor in the western province of Kermanshah killed 620 people.

In 2003, a 6.6-magnitude quake in southeast Iran decimated the ancient mud-brick city of Bam and killed at least 31,000 people.