Rare Gauguin from Tahiti period up for auction in Paris 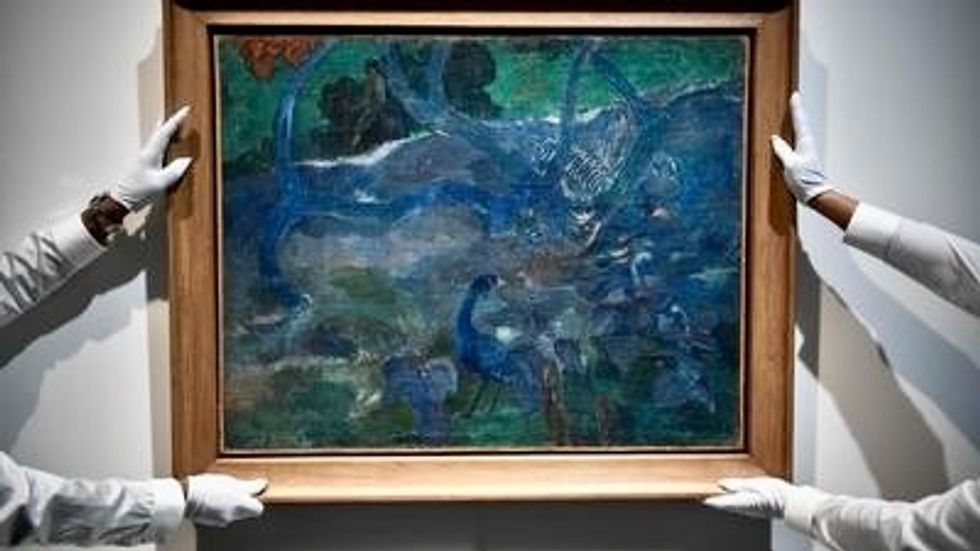 A rare canvas by French post-impressionist artist Paul Gauguin from his period on the Polynesian island of Tahiti is set to go on auction in Paris on Tuesday, with an estimate of 5 to 7 million euros ($5.5-7.7 million).

There is keen interest in the sale at the Artcurial auction house amid growing controversy over Gauguin's relationships with young girls in Tahiti and his depictions of them.

The painting, "Te Bourao II", is one of the few works by Gauguin from his Tahiti period still in private hands. It dates from 1897 and shows an evocative Tahiti landscape.

Its name comes from the word for "tree" in the local language. According to Artcurial, the last sale in France of a Gauguin from this period was 22 years ago.

"This oil on canvas is a legacy piece that encapsulates the artist's Tahitian themes and obsessions from a period when he was plagued by multiple torments," Artcurial said.

Recent years have seen increasing attention on Gauguin's attitudes to the young women who feature in the paintings of this period.

An exhibition of the painter currently at the National Gallery in London said "that it aims to consider Gauguin's relationships and the impact of colonialism through the prisms of contemporary debate."