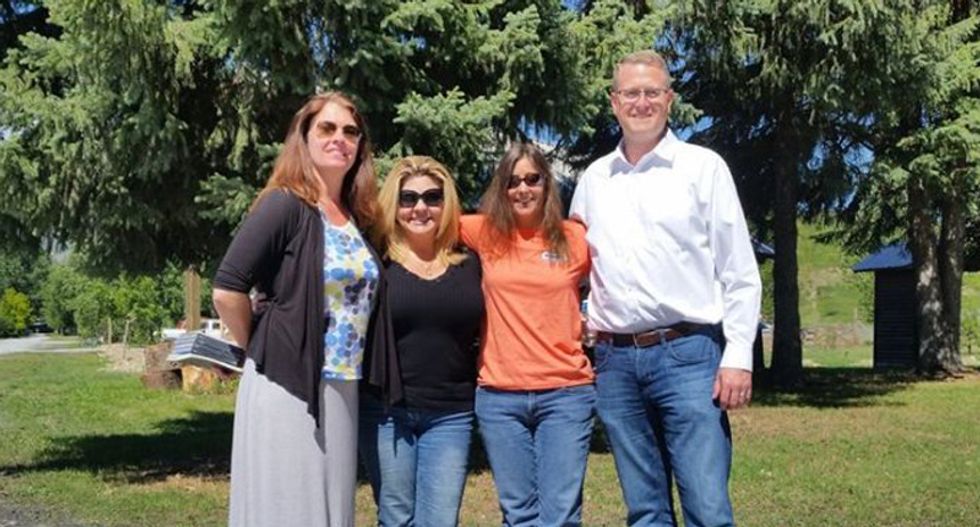 The domestic terrorism scandal that has Washington state Rep. Matt Shea facing calls for resignation or expulsion has spread beyond the state.

The Washington House of Representatives issued a 108-page report on Shea's support for domestic terrorism.

Shea has been extremely controversial in Washington, where he wrote a bloodthirsty "biblical war" manifesto. Shea has also sought to have parts of Oregon, Idaho, Montana and Wyoming form a 51st state that would be something of like a wildlife sanctuary, but for Christian conservatives.

“It’s either going to be bloodshed or Liberty State,” Rene’ Holaday, Shea's legislative assistant threatened in May.

Now elected officials in Nevada and Idaho have been caught up in the scandal.

The Bundy family standoffs are part of the allegations.

"Less than a month before the Oregon standoff, the Coalition of Western States expressed support for the family in the middle of the land dispute, writing in a statement to reporters that federal land management agencies were grossly mismanaged," the newspaper reported. "COWS was founded by Shea, the report found, as part of 'a strategy for leadership over future Patriot Movement armed resistance against the federal government.'”

"In the December 2015 statement to reporters, Shea was the chairman of COWS, and Fiore was listed as the Nevada coordinator, one of about a dozen top members," the newspaper noted. "The report accused Shea of engaging in counterintelligence in opposition to law enforcement, supporting the training of young people to fight a holy war and other acts it deemed tantamount to terrorism, and it also found that he often coordinated with other COWS members."

Extremism expert David Neiwert, author of the 2017 book Alt-America: The Rise of the Radical Right in the Age of Trump, was shocked to see Fiore attempt to distance herself from Shea in a thread on Twitter.

I couldn't be more delighted that Michelle Fiore is being questioned about her role in all this. Like Shea, she was… https://t.co/nMY7YiMe0d
— David Neiwert (@David Neiwert) 1576956586.0

Another shot of Fiore and Shea together at Marble, along with Idaho "Patriot" Rep. Heather Scott (in the orange). https://t.co/ehfzdiEK1d
— David Neiwert (@David Neiwert) 1576959954.0

They're all rather cozy, in any event. Pretty hilarious that Fiore claims they have no association now. https://t.co/xUtUvQO478
— David Neiwert (@David Neiwert) 1576960022.0