Right-wing intellectuals are cozying up to 'right-wing dictators who dislike America': historian 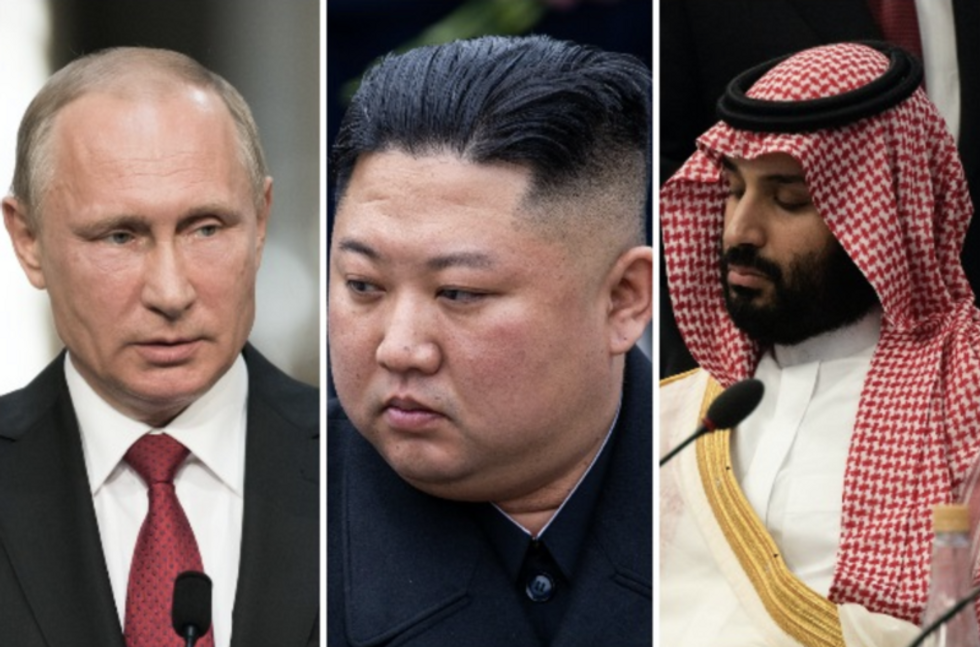 In a piece for The Atlantic this Thursday, journalist and historian Anne Applebaum opened by referencing American missionary and Christian socialist Sherwood Eddy, who in the early half of the 20th Century made numerous trips to the Soviet Union, who wrote that "Stalin rules … by his sagacity, his honesty, his rugged courage, his indomitable will and titanic energy.”

According to Applebaum, Eddy was wrong about much of what he saw in Soviet society.

"Russians worked because they were hungry and afraid," Applebaum writes. "The 'unified philosophy of life' was a chimera, and the reality was a totalitarian state that used terror and propaganda to maintain that unity. But Eddy, like others in his era, was predisposed to admire the Soviet Union precisely because he was so critical of the economics and politics of his own country..."

Applebaum writes that Eddy's soft praise of Soviet Russia is similar to a phenomenon we're seeing in the 20th Century, where "right-wing intellectuals, now deeply critical of their own societies," have begun "paying court to right-wing dictators who dislike America."

"And their motives are curiously familiar," she continues. "All around them, they see degeneracy, racial mixing, demographic change, 'political correctness,' same-sex marriage, religious decline. The America that they actually inhabit no longer matches the white, Anglo-Saxon, Protestant America that they remember, or think they remember. And so they have begun to look abroad, seeking to find the spiritually unified, ethnically pure nations that, they imagine, are morally stronger than their own. Nations, for example, such as Russia."

Read Applebaum's full piece over at The Atlantic.