Rudy Giuliani opened Trump up to a racketeering investigation with his ‘organized crime scheme’: Ex-FBI official 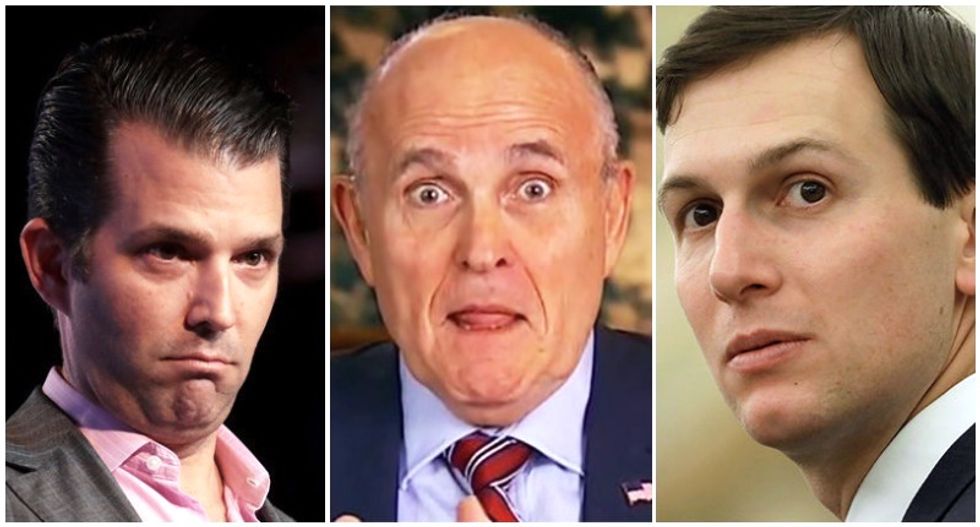 When Rudy Giuliani served as the United States Attorney in the Southern District of New York, he pioneered the use of a federal anti-racketeering law to go after the mafia. But now, that same law may be used to go after Giuliani and his associates.

The Racketeer Influenced and Corrupt Organizations (RICO) Act was passed by Congress to as a mechanism for prosecutors to go after people who order crimes as part of a criminal syndicate, but do not necessarily carry out the crimes themselves.

Federal obstruction of justice, bribery, fraud, embezzlement and money laundering can each count as two of the necessary predicate offenses allowing a RICO case, as can violations of state laws against bribery and extortion.

"I've watched enough crime shows on television to be dangerous with the phone log," Wallace said. "What I see is a whole lot of Lev Parnas, Rudy Giuliani, OMB number, John Solomon -- a journalist who spread a lot of the conspiracy theories about Marie Yovanovich -- what do these call logs say to you?"

"Well, phone records are indeed gold to any investigator," Figliuzzi replied. "And it is no exception in this case, Nicolle, especially when you can take the possibility of Lev Parnas having possible recordings of some of those conversations and overlap them with actual White House phone records."

"It really looks like he is the capo of kind of an organized crime scheme that works its way throughout the White House," Figliuzzi explained. "And I have to tell you, if this were a county corruption investigation in Miami or Cleveland, we'd be sitting down with the U.S. Attorney's office right now and we'd be saying, "Do we have a RICO case here? Do we have a situation where Rudy Giuliani -- working for the president -- is running a corrupt enterprise and this time is he running it in the White House?"