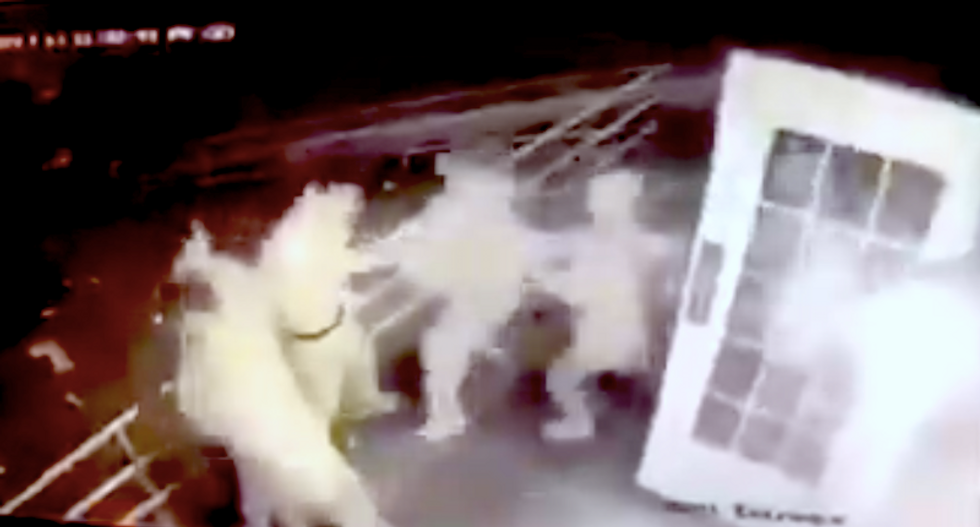 An Indiana University fraternity was suspended over a fight and alleged anti-Semitic incidents.

The video shows men reviewing security footage after the Friday night altercation, which appeared to involve about 10 men attacking one or two others while shouting slurs after denying them entrance to a party at the Pi Kappa Phi house.

One of men identifies himself in the security footage, and the men reviewing the video make comments about the other men involved in the fight.

The incident has now come under investigation by federal officials, university police and the Monroe County Prosecutor's Office.

The fraternity was suspended until those investigations are completed.