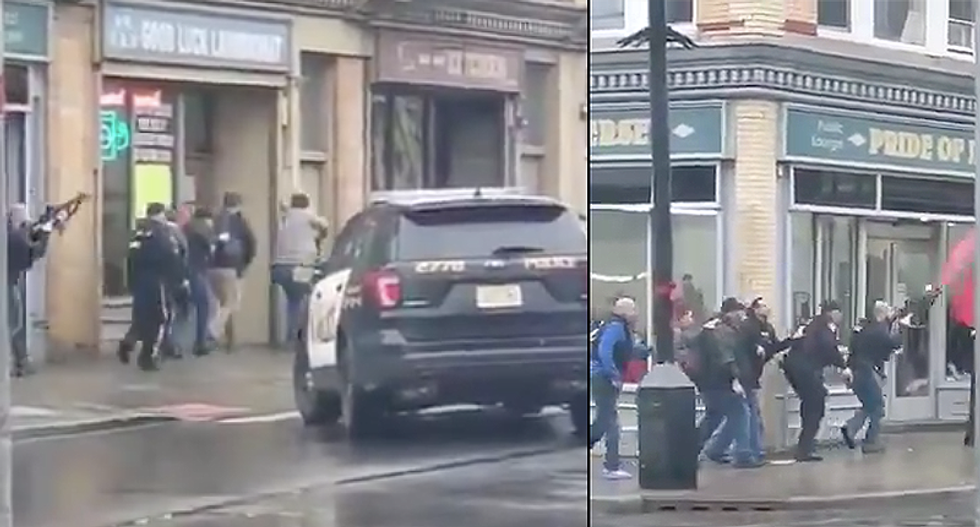 So far, six people have been pronounced dead in the 10th mass shooting in December and two are members of the local Hasidic community.

It all began in a cemetery where a police officer was shot and later declared dead. Two suspects ran into the grocery store, spraying bullets, according to accounts. One Rabbi was shopping at the grocery and those in the store helped him get out a back door before he was ultimately shot in the back. He is expected to survive, according to The Yeshiva World News.

Sources told the site that two members of the Hasidic community were among the dead. One police officer was shot in the head.

It's unknown if the shooting was motivated by anti-Semitism, but the neighborhood is known for being a Hasidic community.

Frightening video shows massive police response amid a gun battle prompted by what is believed to have been a drug… https://t.co/jX1JabzpBm
— ABC News (@ABC News) 1576013919.0