'So if you're poor, you're dead'? Watch these Brits gasp when they find out cost of healthcare in the United States 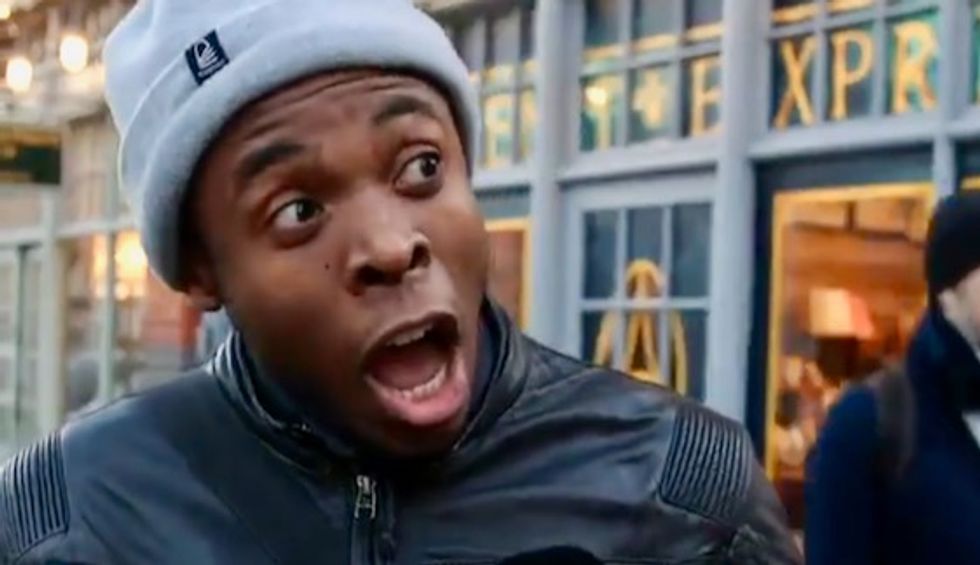 Briton shocked at healthcare in US (Screen Capture)

"The cost of American healthcare is literally unimaginable to most British people."

Britons in a video released Tuesday expressed incredulity and shock at the high cost of healthcare in the United States and thanked the United Kingdom's publicly-funded and administered National Health Service for sparing the country's people such exorbitant prices.

"So if you're poor, you're dead," one young woman tells the interviewer from Joe Politics after hearing an asthma inhaler in the for-profit U.S. system costs between $250 and $300.

Two different men appear shocked when told Americans can be charged $2,500 for an ambulance ride.

"I've said it before and I'll say it again," tweeted historian David Walsh, "the cost of American healthcare is literally unimaginable to most British people."

The person-on-the-street interviews that make up the four minute video come in the wake of reports in late November that the ruling Conservative Party, which faces off against left-leaning Labour on December 12 in national elections, is planning on opening the U.K.'s health system to a more U.S. approach after leaving the European Union.

Labour leader Jeremy Corbyn called the reporting on the NHS's potential turnover to the U.S., based on a leaked, unredacted 451 pages of trade documents, evidence that Conservative leader Boris Johnson's denials were "in tatters."

"We have now got evidence that under Boris Johnson the NHS is on the table and will be up for sale," Corbyn said. "He tried to cover it up in a secret agenda and today it has been exposed."

The video appeared to be offering lessons to people on both sides of the Atlantic. Author Elon Green, however, wondered what practical effect the video would have in the U.S., especially on those on the right.

"The problem is American conservatives can't be shamed," said Green. "They think it's great that healthcare costs a fortune and poor people die."

Libby Watson, a British reporter for The New Republic who lives in the U.S., said on Twitter that voting for Labour was the only responsible course for the U.K.

"We know Boris Johnson wants to sell off the NHS to American healthcare companies. but more than that, he is a fucking Tory, and the Tories do not want the NHS to survive; they want to strangle it, as they have been doing over the last 10 years," said Watson.

The NHS is "literally the gift that keeps on giving," says one woman interviewed in the video.

"I didn't realize how much free healthcare we got like just off the bat," said the young man whose jaw dropped at the cost of an ambulance.

"Thank you, NHS, for all your hard work," he added.

The New Republic's Watson said that the Joe Politics video reinforced her experiences trying to explain the U.S. healthcare system to people in the U.K.

"When I try to explain how my insurance works here to British people," said Watson, "they're like 'wait, so you pay your premiums... and then you pay more when you actually go to the doctor?'"