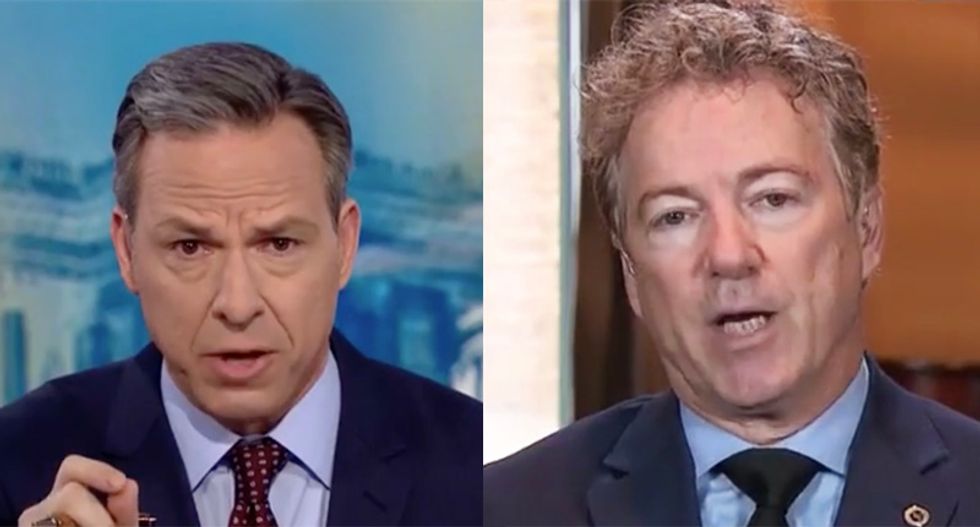 A "State of the Union" interview with Sen Rand Paul (R-KY) on Sunday morning turned into a struggle for CNN host Jake Tapper to get the combative senator to answer a simple question over whether Donald Trump truly cares about corruption since multiple aides to the president have been convicted of felonies while working for him.

Tapper pressed Paul about the president looking for dirt on former Vice President Joe Biden's son Hunter in a phone call with Ukraine's president, asking, "So you're saying that you think that President Trump was actually doing this because he was combatting corruption?"

As Paul tried to restate the case against Hunter Biden, the CNN host interrupted him to bring up the Trump aides who have been either convicted or are facing criminal charges for corruption.

Paul brushed aside Tapper's comments by bizarrely linking the convictions as part of a "Russian conspiracy" despite the fact they were handled by Trump's Justice Department.

Pressed again and again whether the president cared about corruption, Paul went off on an extended rant about foreign corruption, complaining about the U.S. giving foreign aid, and refusing to let the CNN host get a word in edgewise despite occasional pleas from Tapper to answer his question about Trump in particular.